From being banned for life from the old South African Cycling Federation for fisticuffs with officials to becoming its youngest ever vice-president, Chris Willemse’s cycling career has been nothing if not colourful. 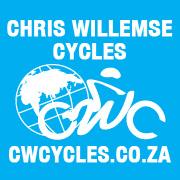 A true Legend of the Pedal, the mercurial Willemse also holds the distinction of being the only cyclist to have won the national road championship title in every age category.

The former Western Province rider was equally at home on the track, winning the senior SA madison event twice with Hennie Wentzel, as well as the old 25-mile and 1 500m events. He also took national honours in the 1 000m time-trial.

“But I was very short-tempered and was suspended at least five times for fighting with my fellow cyclists and officials during meetings,” he laughs.

Willemse recalls one specific incident at an interprovincial meeting in Oudtshoorn in 1972.

“I was on the other side of the track when I saw someone arguing with my father. I ran over and some officials tried to stop me from crossing the track while an event was taking place.

“The referee grabbed me and tried to stop me but I couldn’t wait and punched him. He fell to the ground and the next minute it was a free-for-all.”

The meeting was called off and Western Province chairman Piet Pienaar and Willemse were both suspended for life following a disciplinary hearing. It was later reduced to six months.

Willemse says what first attracted his 13-year-old self to the sport was not the cycling itself but the lure of silverware.

“I played rugby and my team won a trophy. A photo was taken with me holding the trophy but sadly it had to stay at school.

“Later, when I had to drop some stuff off at my brother’s friend’s house, I saw many trophies on display and asked whose they were. He told me they were his from winning cycling events.

“That’s when I decided to become a cyclist because I wanted to win my own trophies that I could keep at our house.”

Willemse first rode in the national road championships in 1970 and won the 20km event on his 15th birthday. The following year he narrowly lost the title to another legend in the making, Neil Emmenes.

In 1973, Willemse won the junior road race over 100km and followed it up two years later with the elite title over 220km.

“To win this really tough event was possibly my best performance as a road cyclist. It was good making history and beating my old friend and idol, the late Alan van Heerden.

“I’ll never, ever forget it. The cream of road cycling was in the final sprint, including Alan, Hennie, Ertjies Bezuidenhout, Robin de Bree, Bill van den Bosch and Robbie McIntosh.”

In the process of winning, he also became the only cyclist to take part and medal in five national championships.

The 57-year-old says he lived and breathed cycling at the time, clocking up 90km in each direction on his daily commute from his new home in Pretoria to Braamfontein where he worked.

Like many of his apartheid-era contemporaries, he also did a brief stint (in 1975) on the international circuit with a Belgian licence under the assumed name of Jan Willems.

In 1977, after getting fired for punching his French boss during a sales meeting at Peugeot Cycles, Willemse returned to the Cape with future wife Dalene and opened Chris Willemse Cycles.

“I was late for work one day and saw my boss on the road behind me,” he recalls the incident. “I put my foot down and he gave chase but I rode away from him on the dirt road.”

After the Frenchman angrily poked his finger in his face at a meeting later that day, Willemse’s notorious temper flared. “The team grabbed me to stop me from hitting him again. I was fired immediately.

Too poor to advertise his shop, the new business owner decided the best way to gain publicity was to win the Boxing Day 25-miler, which was then the biggest event after SA champs. “I trained really hard and managed to pull it off.”

Willemse finally retired from cycling in 1983 to concentrate on his business.

“After I retired, I was asked by the late Raoul de Villiers to stand as SACF vice-president and, at age 27, became the youngest to hold that office.”

Today the Capetonian is proud to have his whole family involved with Chris Willemse Cycles, a 1 800m2 store in Durbanville that specialises in retail and online sales.

“My wife is involved and my daughter Annerika runs our marketing and computer side, while Chris junior is the brain behind the online store, which is the largest in SA and has put us in a completely new market.

“My younger daughter Melanie does marketing and arranges tours and my son-in-law Jaco runs the warehouse.”

Although he admits to not spending as much time in the saddle as he should, Willemse remains chairman of the Tygerberg Cycling Club and still organises cycle tours for various groups.

He has also just returned from a weeklong annual training camp in Italy with clients and Chris Jr, himself a former Springbok and national champion.

Despite being a proud grandfather to 16-month-old Liebe, Willemse shows no sign of slowing down or losing his spark and remains a storehouse of tales from the track.

“I have so many to tell that they could fill your whole magazine,” he says with a mischievous twinkle in his eye that may yet land him in another brawl.