Trying to capture the life and times of South Africa’s “Mr Cycling” in a single feature is a bit like attempting the Argus on a kiddie’s tricycle. 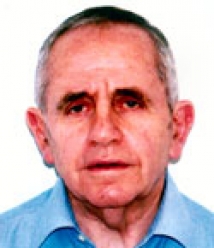 One feels vaguely ill equipped for the enormity of the challenge, with a distinct sense that you’ll never be able to do the route justice.

He represented South Africa at the 1957 Maccabi Games, or “Jewish Olympics” as they are commonly known, and was awarded honours under the old South African Amateur Athletic and Cycling Association for his services to black cycling.

He has even been credited as the inspiration behind the spinning phenomenon. According to its developer Johnny Goldberg, Basil’s advice to him as a young roadie – “spin the gear, don’t push it” – set the wheels turning in his mind.

Fortunately for cycling enthusiasts, former South African road champion Igor Broes has taken on the Herculean task of documenting Cohen’s long and colourful career in a custom coffee table book created as a personal tribute to the man.

The small print run of South Africa’s Mr Cycling was published exclusively for the Cohen family and friends. The author’s note echoes many a cyclist’s encounter with the legend:

“In 1964, I rode out of Basil’s Main Street shop in Johannesburg with a brand new DHC bike – which Basil had personally fitted for me. It was the proudest moment of my life. That bike changed my life forever and instilled in me that great passion for cycling. Basil has been a close friend since that day.”

With characteristic humour, Basil accuses Igor of telling his story but “putting on GST and adding VAT on top of that”. The facts are hard to dispute however.

Although he never shaped as one of the country’s top road stars, Basil concedes his particular strength was “vasbyt-ing” or “hanging in when the going got tough”.

Courage is a common thread that runs through his story.

A self-confessed academic non-starter and overweight kid, the young Basil finally found the confidence he needed through the sport of cycling.

In 1954, at age 15, he became the youngest SACF licensed cyclist when he joined the Northern Wheelers Cycling Club. Without a junior track division to develop his talents, he was left gritting his teeth in the dust of senior stars like Bobby Fowler.

Three years later, Basil put his lessons to good effect at the Maccabi Games. The 18-year-old staged a courageous fightback – after suffering diarrhoea and cramps on the first stage and a crash on the second – to finish eleventh overall in the two-day road tour.

The teenage Basil also showed his integrity when he defied racial divisions in the sport to act as an official, coach and commentator at the Elkah Stadium track races in Soweto alongside his then-boss LK Hurwitz.

His later work in promoting equal opportunities for black talent eventually saw him assume the position of chairman of the “non-white” cycling federation. He went on to manage the first black national team to tour Rhodesia in 1968.

Basil’s business acumen also emerged under fire. Faced with financial hardships after the tragic death of his father, he quit school at the age of 16 to work and help his mother.

Determined to prove himself in business, he rose above these early challenges to take Deale & Huth Cycles from a tiny store on the verge of bankruptcy to a listed company on the Johannesburg Stock Exchange.

This same tenacity saw him come back from some major health-related knocks too.

In 2004, Basil suffered a serious fall from his bicycle, which saw him suffer multiple fractures and a broken C2 vertebra. A year-and-a-half later, he was back on his beloved bike.

“As if this was not bad enough I was diagnosed with prostate cancer and made a good recovery after brachytherapy,” says Basil. “This was followed by pancreatic cancer in 2008.”

He underwent major surgery, known as the Whipple procedure, and endured six months of chemotherapy.

“All went well until the end of last year when, after blood tests and a scan, it was discovered that the pancreatic cancer had come back and moved from the lower abdomen to my left lung.”

Basil is currently battling the side effects of another round of chemo and is hoping to make a good recovery.

“But I’m still going to gym and hoping to ride my bike again soon!”

The indefatigable 74-year-old still puts in four days a week at his Supersport Cycles store in Johannesburg. But with customary honesty he admits that he has limited his hours of work as he recovers from treatment.

He attributes his strength in large part to his wife of 49 years, Adele.

“With all the ups and downs in my life, and even more so in recent years, I don’t think I would have survived without her.”

The couple, who reside in the upmarket suburb of Riviera, have a son, Jack, who now lives in the United States and daughter, Helen, who is locally based. They each have seven children, who give grandpa Basil an abundance of happiness.

Aside from his family, bicycles remain Basil’s other enduring love and many believe his lifelong passion contributed to the development of cycling as a mass participation sport in this country.

“I always appreciated quality bicycles, which were not readily available here, and dreamt of people getting pleasure out of riding a bicycle where everything worked smoothly.

“As a result, I pioneered a cheaper bicycle built with local carbon steel tubing and fitted with good quality equipment which we imported. The only bicycles that were available in the upper market were built of Reynolds 531 tubing at that stage and were very expensive.”

Basil says this had a significant effect on the cycling industry, which was beginning to see the rise of the “fun rider”.

“Although I regarded myself as a ‘pukka’ racing enthusiast, I could see the potential in attracting more riders on the competition side and saw the fantastic developments of Pedal Power in the Cape.”

The accessibility of quality equipment and the birth of events like the Cape Argus soon changed the face of cycling.

By the time Deale & Huth Holdings listed on the stock exchange in 1987, it comprised four divisions – D&H (retail), Cyclotech (wholesale), Hansom Cycles (complete cycles and framesets) and Cyclomode (clothing). It was officially the biggest cycling outlet in the southern hemisphere.

Shortly thereafter, Basil and his brother and fellow shareholder Ivan sold their company to a large conglomerate, which unfortunately ran into financial problems and was liquidated two years later. The demise of the parent company also sounded the death knell for the much-loved Deale & Huth brand.

After a brief foray into arranging bicycle-based overseas holiday tours, Basil went back to what he knows best and established Supersport Cycles.

Over the course of his long career, the tireless cycling ambassador has sponsored races like the Basil Cohen Grand Challenge, organised the Johannesburg to Potchefstroom Classic and launched the Il Campione and Zoo Lake classics.

Behind the microphone, his near-encyclopaedic knowledge and fast-talking fervour have roused fans to fever pitch. His quicksilver commentary is considered by many of his fellow legends as unrivalled.

Following in his footsteps, fellow announcer and former roadie Johnny Koen has been quoted as saying that “Basil could build the excitement to the extent that we felt like gladiators racing our bikes”.

Along the way, he has also helped nurture the business and riding talents of greats like Chris Willemse senior and the late Alan van Heerden, both of whom started their own cycling empires.

It seems no aspect of the cycling industry has not felt the influence of the Cohen charisma.

So, after almost 60 years in the sport, we ask Basil whether he still has any goals.

It’s clear from his uncharacteristically brief response that this unstoppable force is far from retiring from the race.