A group of 12 Namibian triathletes will leave for Port Elizabeth to take part in the Ironman South Africa on Sunday. 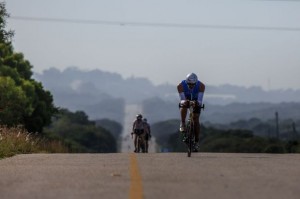 This race is most probably the toughest one-day sporting event in the world.

Athletes have to complete a 3.8km swim, 180,2km cycle and 42,2km run within the cut-off time of 17 hours in the event which is celebrating its tenth anniversary this year.

This year’s event, in fact, was sold out for the first time and the organisers had to change the course to accommodate more participants.

The event has also extremely popular over the years and more than 80 000 spectators are expected to line the route and cheer the athletes on at Sunday’s race.

The Namibian team is largely inexperienced, with only five triathletes having competed there before.

Cheryl Young, who has competed at Ironman SA on six occasions, is the most experienced and successful, having previously qualified for the Ironman World Championships in Hawaii, as an age group winner.

Archie Graham and Johann Mouton have each participated twice before, while David Weber and Wynand Dreyer have each competed once at SA Ironman.

For Johan Vosloo, Bertha Theron, Barbara Ackerman, Adele de la Rey, Geon Ellis and the husband and wife pair of Richard and Antje Tietz it will however be the first time to compete at an Ironman event. – All Africa