Steve Maxwell is a business consultant, writer, and cyclist in Colorado, read his latest blog below. 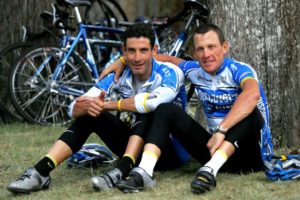 It was a cool February day in 2008, and dark clouds were gathering over Pasadena as a five-man breakaway group raced into town and began four circuits around the Rose Bowl.

American veteran George Hincapie was in that break. Hincapie expected that his sport director would instruct him to play his usual domestique role – sit up, wait for the inevitable catch, and then help lead out the young Mark Cavendish to a sprint victory.

But on that day, the final stage of the Amgen Tour of California, his boss gave Hincapie the signal to stick with the break and go for the win.

Hincapie powered around the circuits in the drizzle in front of a huge crowd, the break survived, and he just edged out the others for victory at the line.

It was an intense finish under tough conditions, the sort of situation in which Hincapie excelled, and it was certainly one of his bigger victories.

It was the kind of inspired racing that can turn casual spectators into diehard fans.

Hincapie was the very embodiment of the term “super-domestique” during cycling’s drug-soaked era of the late 1990s and 2000s.

He became a respected tactician and road captain on a number of successful teams, and helped pilot not only Lance Armstrong, but eventually also Alberto Contador and Cadel Evans to victories in the Tour de France.

A regular guy, friendly and self-effacing, “Big George” was loved by practically everyone.

But later, in 2012, as more and more of the ugly details of the Armstrong saga leaked out, it became obvious that most of Armstrong’s teammates were doping as well – and fans began to experience that sinking and heartbreaking feeling that some of the riders they had looked up to, like Hincapie, weren’t quite the people they had pretended to be. – Velo News