South African Kate Roberts is a double Olympian triathlete. Read her blog below. 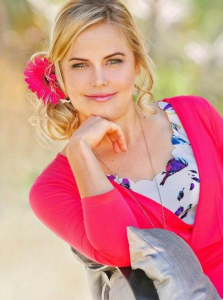 Throughout my career I have often been asked the question, “So what do you plan on doing with your life post triathlon Kate?”.

And lately more often than not, I do get highly frustrated with this particular question, mainly due to the fact that I am very much aware that my lifespan as a triathlete is going to be over sooner rather than later.

I have indeed given this question a considerable amount of thought and consideration over the past few months whilst trying my best to overcome a foot injury, so much so that I was inspired to write about it!

I have realised that retirement for me and for most other sportsmen and sportswomen, unfortunately won’t just involve the challenge of finding and starting a brand new career.

After almost a decade of complete dedication to the sport of triathlon at an elite level; it has left me with the realisation that I won’t just lose my full time job, but with it a significant amount of my identity, sense of purpose and self worth.

For the past 20 years of my life, I have built my entire being around this wonderful sport and chased a dream of competing at two Olympic Games – which has been the ultimate achievement in the sport.

There is currently a whole area of research in sport around a concept called “Athletic Identity” which is all about how closely an athletes identity is related to their performances.

It becomes even more challenging because unfortunately in order to be the best in any sport, one has to get very close to handing your personality over to that mentality, in order to give yourself the best chance of winning.

The downside to this, is that it leaves one very vulnerable when you are significantly injured or retirement is on the cards.