When I failed to spot Alejandro Valverde at this year’s Dauphiné, conventional wisdom dictated that he would line up at the Tour of Switzerland the following week. 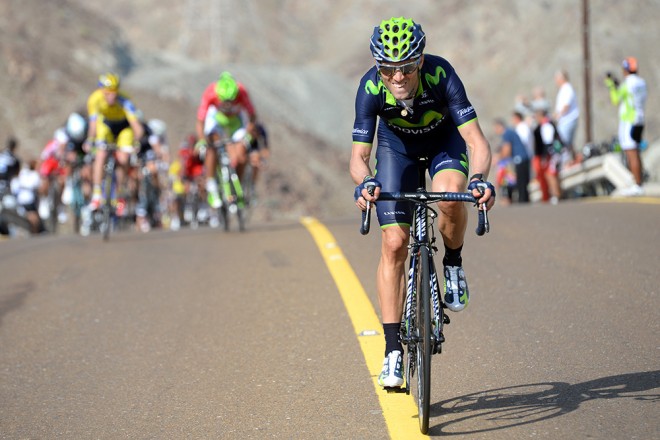 These are after all the two major tune-up races for the Tour de France and experts – those who do not believe in the curse of the Dauphiné – will tell you that decent form here should translate into the same a few weeks later.

A case in point is Sir Bradley Wiggins and Chris Froome, who notched up their maiden Tour victories off the back of winning performances at the Dauphiné.

The latter has become especially enticing since the organisers of the Tour acquired it and developed a habit of mirroring key stages – like the time-trial in Wiggo’s year.

A look back at this year’s Dauphiné tells us that Andrew Talansky is at long last coming of age; that Alberto Contador is approaching his best form since the did-he-or-did-he-not doping saga; and that Chris Froome is human.

Meanwhile, across the Alps, world champion Rui Costa threw his hat into the mix of favourites by winning the Tour de Suisse for an unprecedented third year in a row.

The Merckxs and Ullrichs of this world – as well as Armstrong who finished second in his comeback year before podiuming at the Tour – have chosen to test their form in Switzerland in the past and there can now be no doubt about Costa’s ambitions.

With these races quite clearly giving us insight into who of the Tour favourites are sleeping well at night and who are not, I found it surprising that Valverde did not surface at either.

If Movistar are sending the Spaniard to France for the month of July instead of Nairo Quintana, they are clearly stating that he is a Tour contender. Surely?

A young Valverde announced himself at the highest level when he beat Armstrong on a mountain stage – at Courchevel – in the 2005 Tour.

Although he has not been able to string together three faultless weeks in France, and possibly spent two of his best years on the sidelines due to a questionable doping suspension, he has won just about every other important race on the planet – including the Dauphiné and Vuelta.

In 2012, his first season back, Valverde won a mountain stage at the Tour as he eased himself back into the peloton. Last year, a mechanical at the worst possible time saw him losing ten minutes and, along with it, his status as the team’s protected rider.

Despite this bad luck, he rode impressively as a super domestique to help an up-and-coming Quintana onto the second step of the podium while he rose from the depths of the field into the top ten.

With Quintana being sent to the Giro to further his apprenticeship, this is no doubt the year in which Valverde can right the wrongs of the past. At 34, and with the Colombian obviously being groomed for 2015, it might also be his only chance.

It therefore begs the question: Where is Alejandro?

I trawled the ‘net and came up with the answer surprisingly easily in a Velonews article headlined: Valverde’s indirect road to the Tour.

In it, the writer suggests the Spaniard is hoping to rewrite the script on how to approach the Tour by taking what he calls the “. . . back roads to the Tour de France“.

These roads included the much shorter Route du Sud across the French Pyrénées, where Alejandro very interestingly placed second.

And before that, while the rest of the Tour contenders were sweating on the volcanic island of Tenerife, he spent four weeks training obscurely at altitude in Spain’s Sierra Nevada mountains.

Bar Froome, who missed out on some early season races due to illness, the net result is that he will be hitting the Tour with the least number of racing days in his legs out of all the contenders.

The theory is to be as fresh as possible – both mentally and physically. Or, in Alejandro’s words, “. . . motivated to race.”