Michal Kwiatkowski of Poland won the 2014 UCI Men’s World Road Race Championships in Ponferrada, Spain, on Sunday after breaking clear of the main peloton about five kilometres before the end of the 254.8km race. 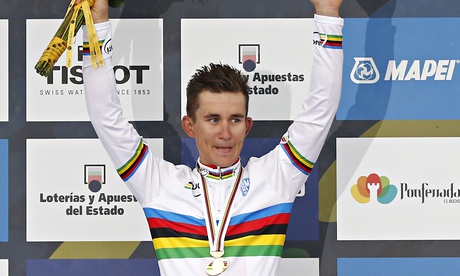 The 24-year-old Kwiatkowski, whose team rode tirelessly at the front in the early stages to keep him out of trouble, caught and passed a small breakaway group in the run-in to the finish.