One night, now about a quarter of a century ago, my blood iced over when Phil Liggett announced that Pedro Delgado had tested positive for what he called “Promedicine”. 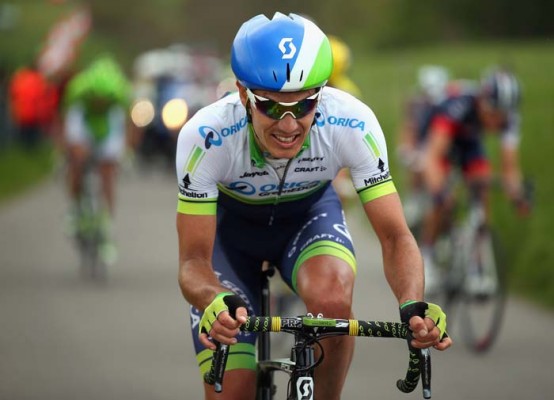 However, after a few sleepless nights for myself, and I bet Delgado, he was cleared of any wrongdoing and allowed to win his only Tour de France title in 1988.

It turned out that the drug was actually Probenecid – one that had made its way onto the IOC’s list of banned substances in time for the Seoul Olympics, but not yet that of the UCI.

Perhaps assuming that the lists were identical, the lab rats in Paris had made the mistake of looking at the wrong one and scared half of us to death.

Primarily used in the treatment of gout, it is said to have no performance enhancing properties. Its notoriety rather stems from the fact that it can be used to mask the presence of other drugs that have.

Its use increases the retention and slows down the excretion of substances like anabolic steroids, theoretically making them more difficult to be detected.

Basically, if you get caught for Probenecid, you are suspected of trying to hide something and in cycling that’s a death wish – which is why I was utterly confused when news of Daryl Impey’s positive broke.

We now know that the pro scene of our era has been somewhat of a ruse and I desperately wanted – and needed – to believe that the performances of the Impeys of this world were real.

I felt cheated, not because Impey apparently had, but because I had once again allowed myself to start believing.

Then, like many of his peers, he professes his innocence at the top of his lungs and it all sounds a bit hollow. Just look at the Brandon Stewart saga and how that ended.

Based on precedent, I think it is fair to say that the soapbox Impey was standing on was rickety at best.
It reminded me of the characters on Speakers’ Corner at Hyde Park in London. They voice their opinions but nobody really cares and they end up being nothing more than a tourist attraction.

By piecing together an unlikely sequence of events, Impey was fortunate enough to prove his innocence – and I envy him for this.

Some years ago, I too found myself fighting for what I knew was right and I decided to put my trust in the legal system. It failed me miserably.

I found that it took both lies and truths at face value and it therefore came down to whether the conman was more convincing telling his lies than I was telling the truth.

Neither the magistrate nor I was a match for him, so I cannot associate with Impey’s sense of vindication but I can with the injustice of it all.

I learnt a lot about life, people and business during that process.

So help us God.