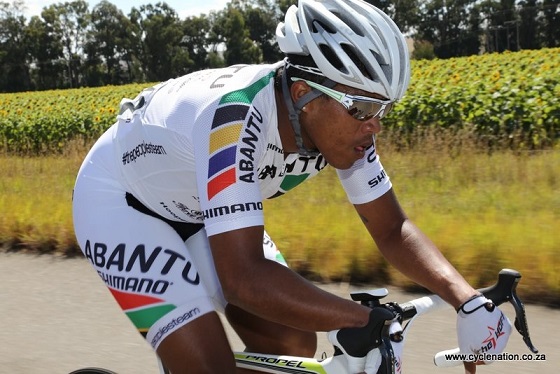 Last year, a virtually unbeatable Hoffman won the 105km classic from Pietermaritzburg to Durban in a bunch sprint from Tyler Day (Westvaal-BMC) and Herman Fouche (Bonitas) in 2 hours 9 minutes.

Compared to last season, he will be going into this weekend’s classic with only a handful of wins to his credit.

The 29-year-old from Franschhoek got his season off to a flying start by winning The Herald VW Cycle Tour in February, before being released by Edwards to prepare for the world track championships in Cali, Colombia.

He returned to South Africa barely a week before the Pick n Pay Cape Argus Momentum Cycle Tour (now the Cape Town Cycle Tour), which he won for the first time.

In the lead-up to the Argus, he claimed the green jersey at the Bestmed Tour de Boland, a feat he repeated at the Mzansi Tour.

Since then Hoffmann has podiumed numerous times en route to a disappointing performance at the Commonwealth Games in Glasgow.

After Scotland, he showed glimpses of his former self with wins at the SA Omnium Champs and the GoWest Criterium series on the West Rand.

“This year our strategy has been more about targeting specific events as opposed to trying to win every race on the calendar and the Amashova is one of those classics that has always been an important one for us,” said team principal Dean Edwards.

Hoffman will be supported by a seven-man team at the Amashova Durban Classic. They are: David Maree, Reynard Butler, James Perry, Myles van Musschenbroek, Kellan Gouveris and Morne van Niekerk.