This year’s Bestmed Satellite Classic will be looking to crown a new winner at the race on Saturday due to 2013 winner Willie Smit not being able to compete. 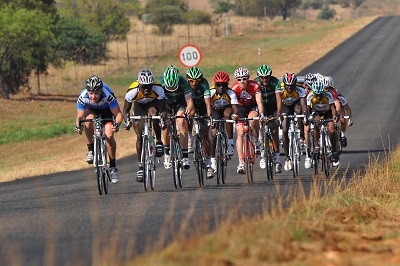 Organisers of the Bestmed Satellite Classic, presented by ASG Events, will be looking to crown a new champion in the Gauteng road race on Saturday. Photo: Jetline Action Photo

Smit, who races for the Vini Fantini-Nippo Continental team, will miss out on defending his title due to questions regarding UCI restrictions on his local racing schedule.

According to race director Wynand de Villiers of ASG Events, this paves the way for a new victor to claim the spoils in the 106km feature race.

De Villiers said all of the country’s top pro teams – including the MTN-Qhubeka feeder team, Europcar, Bonitas and Abantu – would be represented.

He said Bonitas fast man Herman Fouché was on especially solid form after taking a hat-trick in the recent Bestmed Campus2Campus SuperClassic and would certainly be the rider to watch.

“Herman is going better than I’ve seen him for a long time,” said De Villiers.

“If his team can hold it together he’ll be hard to beat. There’s a gentle 2km rise to the finish and this suits him very nicely.”

Reigning Cape Town Cycle Tour winner and three-time Amashova champion Nolan Hoffman will also be in the mix but the Abantu sprinter could come unstuck on the decisive four-kilometre Hekpoort climb.

“It’s 20km from the finish and has a seven per cent gradient, so it’s always difficult to call who will eventually win,” said De Villiers.

“A group of climbers usually get a gap on the climb, but the composition of this front group determines whether they work together to the finish, or whether a couple of riders sit back because their teams aren’t happy with the make-up of the group.”

De Villiers said this made for a very interesting road race and one that displayed the chess-like essence of the sport.

“The conditions on the day also affect the racing. Good weather is predicted but there’s always wind.

“If it assists the riders it could better possible escapees’ chances of staying away after Hekpoort.”

In the women’s race, De Villiers said the Time Freight-VeloLife and Bestmed-ASG teams looked to be strong contenders.

He said Krugersdorp-based Chané Jonker – who will be supported by the likes of world veteran time-trial champ Juanita Venter – was likely to spearhead the attack for Bestmed-ASG.

“The race takes place on Chane’s training routes, so she will have the advantage of local knowledge.”

Aside from overall honours, the pro field will vie for the sprint prime after 40km and the king of the mountains hotspot on top of Hekpoort.

The programme includes an 80km road race on the Saturday, with the inaugural 20km and 40km Bestmed Satellite Classic mountain bike events taking place on Sunday.

The generous participants had made a R42 000 donation to the Cancer Association of South Africa possible, said De Villiers.

He said the organisation gave R10 from every race entry to Cansa and that entrants had made voluntary donations totalling R11 000 during the online entry process.

“To create visibility around the fight against cancer, Bestmed and Incolabs are also making sunscreen available at all our ASG events so that riders protect themselves against the damaging effects of the sun.”