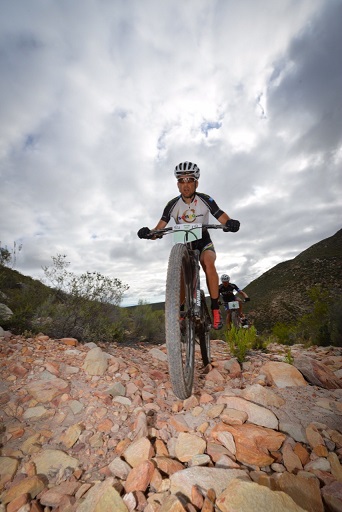 The multiple world and Cape Epic champion dropped German Stefan Sahm late in the race over 121 kilometres as he chased in vain to break the 4:30-mark and the R100 000 incentive put up by the organisers.

Third place went to South Africa’s Gert Heyns, who had won the King of the Mountains hotspot earlier on before being caught and passed by Sauser and Sahm.

At the 85km-mark, SA’s Robyn de Groot had a minute lead on Ariane Kleinhans in the women’s race after the early leader, Sweden’s Jennie Stenerhag, punctured twice.