An on-form Gert Heyns claimed his first victory in the 80km Extreme mountain bike challenge at The Herald VW Cycle Tour on Saturday.

Heyns, who was last year’s runner-up, cruised into the finish at the Addo Polo Club alongside teammate Matthys Beukes to take line honours in a time of 3:05:55. 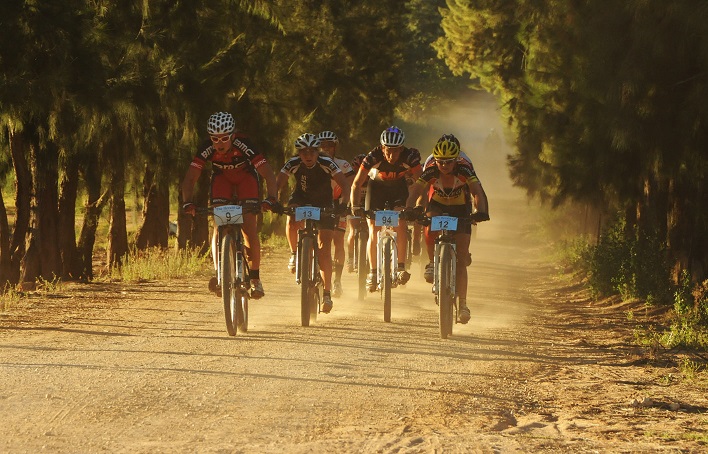 Former winner Beukes went on the attack within the opening 10 kilometres, with Heyns quickly countering the move.

“I managed to get away and then rode at my own pace, floating just in front of the group,” said Heyns.

Beukes said his teammate’s escape had put Wesemann and the Kargo Pro trio of Alan Hatherly, Brendon Davids and William Mokgopo in a difficult position early on.

“They were chasing him and I was sitting on their wheels, so they were giving me a free ride. I tried to break their rhythm every once in a while with an attack, just to put them in the red for a bit.”

Heyns meanwhile continued riding hard up front and opened up a lead of around a minute over the chasing pack on the open gravel roads.

“On the single-track at Hayterdale Trails I managed to open the gap even further, so I could take it a bit easier up the Zuurberg Pass.”

Then, with 20km to go, Beukes put in a big effort on the final climb to bridge the gap to Heyns. From there, the two rolled in together to the finish.

The SasolRacing rider stayed with Barnard and the other female contenders until the top of the pass but opened up an unassailable lead on the single-track at the bottom.

In the 30km Powerade Leisure Challenge, the Van Wyk family enjoyed an emotional ride to celebrate the memory of their father, Kobus, who suffered a heart attack during last year’s race.