It was a battle royale as Hanco Kachelhoffer and Pieter Seyffert won stage seven of the Old Mutual joBerg2c mountain bike race today.

The Altech Autopage Karan Beef pair hung on in a tight run into the finish at MacKenzie Club near Ixopo to claim the win over 79km in 2:58:09. 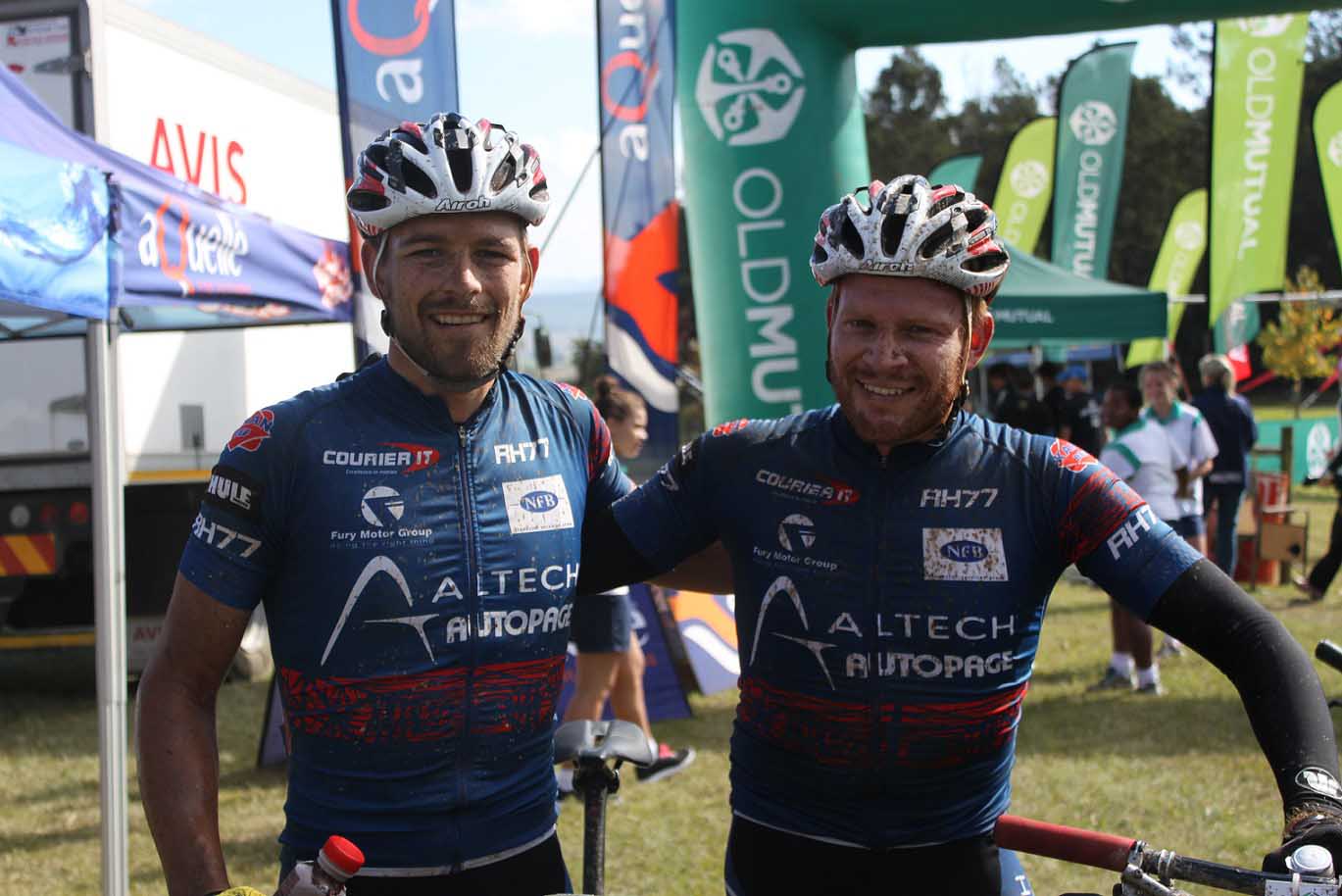 Kachelhoffer and Seyffert move into second overall (28:05:02) in the absence of overnight runners-up Tyronne White and Andrew Hill. The Avis Van Rental duo was forced out of the race after White sustained a knee injury yesterday.

Third place in the general classification now belongs to George and Tuck (28:10:51).

“This stage is always so fast and I think everyone looks forward to seeing how fast they can go on the flowing singletracks, so we knew it would come down to a bunch sprint,” said Kachelhoffer.

“Luckily, today Pieter and I had good legs into the finish.”

In the other racing categories, some leads changed hands while others extended their already substantial time gaps.

There was an upset in the mixed category as Seattle Coffee’s Billy Stelling and Carmen Buchacher stormed through the singletrack trails ahead of overnight leaders, an under-the-weather Samantha Sanders and teammate Justin Victor of Valencia Cycling.

Stelling and Buchacher won the stage in 3:09:49 to slip into the overall lead in 31:21:43 – five-and-a-half minutes ahead of Sanders and Victor.

“I rode with the second group through the Oak Lane dual track and my plan had been to wait for Carmen and give her a hand up the hill on the Red Bull Run,” said Stelling.

“But then she came out in front and just rode brilliantly. We were just aiming to consolidate second but she rode so well today that the race is on again.”

Former downhill racer Victor said he and Sanders were particularly strong on the technical sections and would be looking to take the lead back on the Umkomaas descent on Friday.

Women’s race leaders Catherine Williamson and Yolande de Villiers continued their domination with a seventh straight win for SasolRacing in 3:17:16 (30:56:18).

In the dice for the solo category, Timothy Hammond and Nico Pfitzenmaier were awarded the same time of 2:58:36 on the stage to keep Hammond in the overall lead (28:29:41).

For more stage and general classification information, go to joBerg2c.