Stage 12 of La Vuelta a España was a good one for riders with African links, with Daryl Impey (Orica-GreenEdge) taking third and stage 10 winner Kristian Sbaragli (MTN-Qhubeka) finishing a respectable eighth. 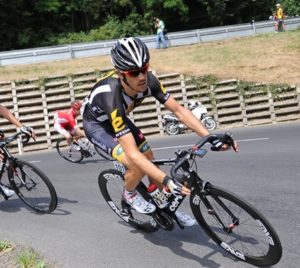 Sbaragli’s teammate Jaco Venter put in a courageous attack in the closing stretch but was reeled in by the bunch with 500 metres to go.

The 173km stage to Lleida started with an early five-rider break that included Venter. The group worked together to open up a five-minute gap over the peloton.

Maxime Bouet (Etixx-QuickStep) was first over the only major climb of the day.

With 75km to go, Trek and Giant-Alpecin drove the pace in the peloton as they worked steadily to close down the leaders.

In the closing kilometre, Venter attacked and seemed as if he could pull it off but the peloton closed in and swamped the leaders.

“With 10 kilometres to go, I started to think that we would have a chance to stay away, so I tried to save some energy, said Venter.

“When the others started looking at each other 1.5 kilometres before the finish I attacked. I gave it everything I had, but when I looked around at the 500-metre mark the peloton was there.”