MTN-Qhubeka’s Louis Meintjes finished fifteenth on the queen stage of La Vuelta a España to cement his 10th position overall. 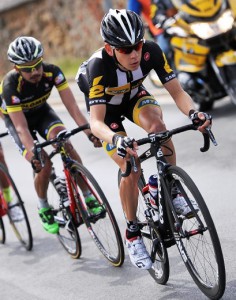 An early 10-rider break was allowed to escape by the peloton, as none were GC contenders.

Meintjes was just one of 18 riders left in the favourites group as they went over the Category 1 Cobertoria climb.

The final ascent took its toll, looming at an average gradient of 11 per cent, but Meintjes powered his way over the climb to finish seventh out of the main GC contenders.

NEXT ARTICLE | Greyton local gets dream entry for Wines2Whales