Rally driver Ashley Haigh-Smith will exchange four wheels for two when he becomes the first participant to take on all three of the FNB Wines2Whales three-day mountain bike races from the end of October. 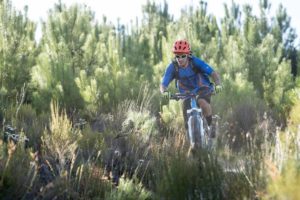 Haigh-Smith, who rode his first Wines2Whales in 2013, said he had loved the thrill of finishing a challenge and was looking forward to doing something that had never been done before.

READ |  Hill and Strydom gear up for Wines2Whales

“I heard that no one has ever taken part in all three events in one year. I love being first, even at this.”

He will team up with friends Doug Bird and Henk Lategan for the Adventure and Ride respectively, and with fellow rally ace Gugu Zulu for the Race.