Rolf Aldag, who played a key role in the success of international cycling teams like Etixx-QuickStep and HTC-Highroad, has joined Africa’s Team as performance manager. 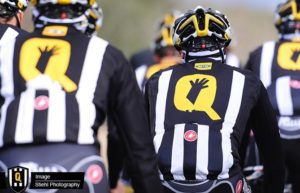 Team MTN-Qhubeka, which will race as Team Dimension Data next season, will rely on his experience and expertise both on and off the bike.

Aldag said he was happy to join the team and that, as a South African resident, he understood the importance of promoting the Qhubeka initiative.

“I know how much impact the charity has on the lives of children and the future of the country. I am looking forward to play an active role for Qhubeka and hope to add some value to the team’s sporting success.”

NEXT ARTICLE | Day, Jooste take day one of Wines2Whales Ride