Organisers of next weekend’s Rudy Project Berge en Dale Classic confirmed a change to the official race route after receiving the go-ahead from local authorities. 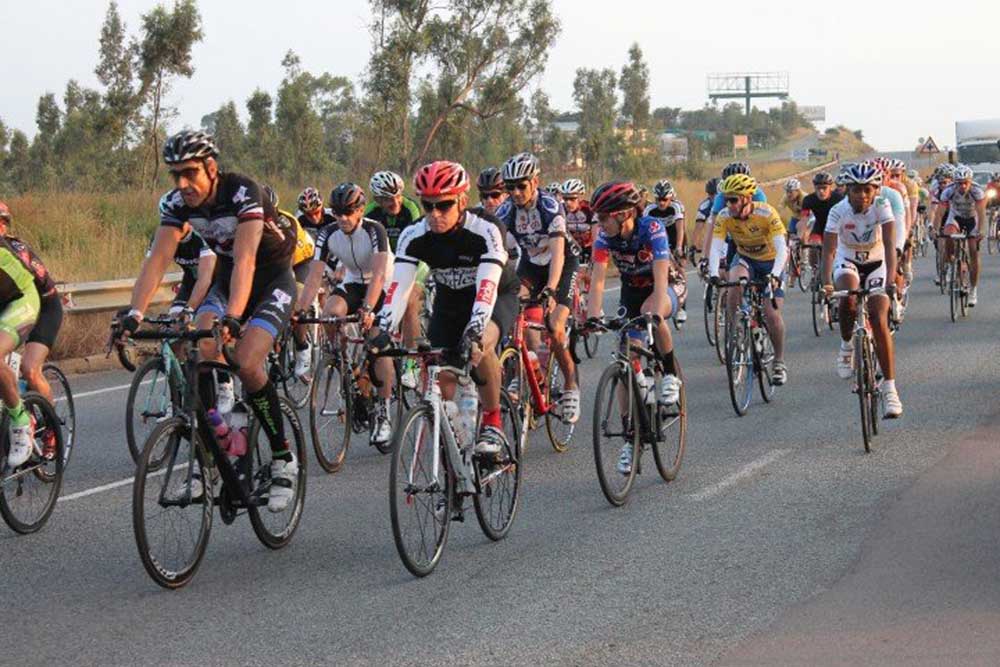 Route director Darren Herbst said they made the decision in conjunction with the Mogale City Metro Police Department to divert the iconic West Rand cycle race from its traditional course due to ongoing road works on the N14 and R28.

“Riders will take a detour off Beyers Naude after Valverde Country Hotel to access Muldersdrift from the opposite side via the Cradle road past Kloofzicht Lodge.

“This means riders will access the R28 at the same spot as in previous editions, but from a different side.”

Herbst said that he was excited about the change to the race, which is presented by Optimum Financial Services, as it had been on the cards for a couple of years.

“After speaking to the Department of Roads and Public Works, they assured us that the repairs on the M14 will be completed well before the event and that we can finish in the same place we do every year.”

Herbst said Berge en Dale attracted between four and five thousand riders annually and that “one can never be too safe”.

“Safety arrangements around the race are quite substantial,” he said, but warned riders not be complacent and to stay on their toes during the event.

Apart from the racing, Herbst said that the venue at Cradlestone Mall lent itself to entertainment for the whole family, including live performances.

“They will be hosting us again this year and, as usual, all the shops and restaurants are on board.”

An innovation is the first leg of the new ProTouch Cycling Club Criterium Series, which will be held alongside this year’s event at Silverstar Casino.

“Berge en Dale has become an institution on the cycling calendar over the past 16 years,” said Herbst.

“Guys come out year after year for the challenge and our duty is to try and evolve the race. The criterium will definitely add an extra dimension to it.”

He said the feedback from the cycling community had been extremely positive after the initial announcement a few weeks ago.

Herbst said even though Berge en Dale was high on the agenda of the country’s top professionals, they made an effort to accommodate social riders.

“From a social rider’s perspective, it is the beginning of the season and we try to create a good atmosphere for them – a day that they will remember.”

The event, which includes the 102km feature race and shorter 55km option, takes place on February 6.

Enter at www.asgevents.co.za until Tuesday, January 26.