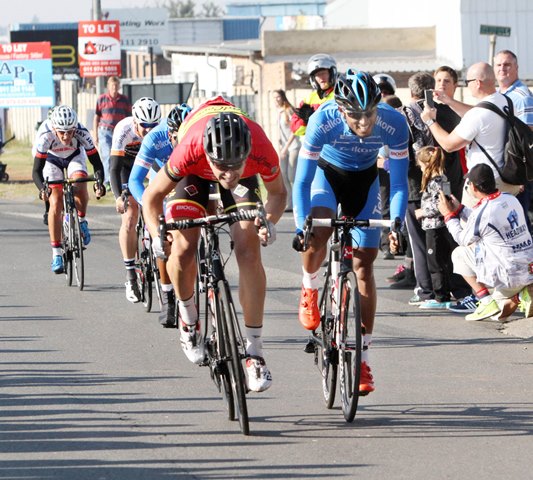 Potgieter, who stepped into the role after the team’s first-choice sprinter and Cape Town Cycle Tour champion Clint Hendricks fell ill in the build-up to the race, outsprinted Team Telkom’s Reynard Butler and Nolan Hoffman in the dash to the finish.

Having shown good form in the Mpumalanga Cycle Tour this year where he ended on the podium in the first three stages, Potgieter, who grew up in Maritzburg but now lives in Johannesburg, said he was happy to take on the sprinter’s role.

The 26-year-old paid tribute to a superb team effort from Hendricks, Kent Main, Stuart Fitzpatrick and Gustav Basson, who nursed him home in 2:07:50.

“I have put a lot of hard work into my sprinting after returning from a stint in Europe last year,” said Potgieter.

“I was happy to take on the responsibility and am happy with the balance I have in my life at the moment.

Although he races professionally, he has taken a part-time job at a cycling firm.

“I feel I have managed to get a nice balance between my riding and my work. And a happy rider is a strong rider.”

Potgieter said everyone had been nervous going into the race.

“We have very good communications in our team and I sat back with Stuart and Clint at the beginning, while we gave Kent and Gustav free rein to see what happens.

“There were a few moves, but on this flat and fast route nothing came to much.

“About halfway through we communicated again and knew it would come down to a sprint, so we worked together in the closing stages.

“We kicked about 900m out and around the 500m mark I felt I had the legs to go for the victory.

“I have been training hard for this and after taking the lead in the sprint I slacked off a bit, kept an eye on the shadows behind me and then kicked on to take the win when they were closing in.” 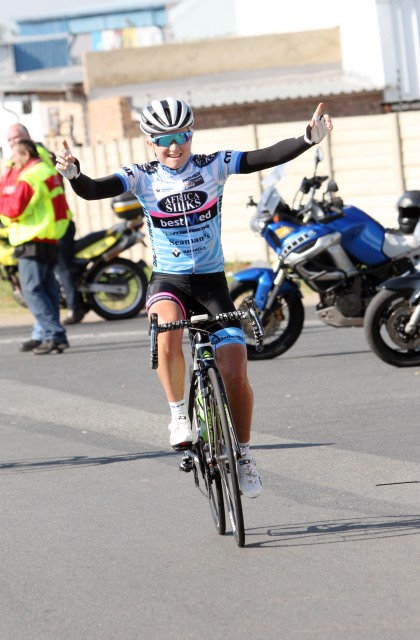 The women’s race went Africa Silks-Bestmed’s Anriette Schoeman, who hails from Port Elizabeth, in 2:32:24. She charged home in another sprint finish to beat the Team TimeFreight duo of Lise Oliver and Vera Adrian.

“I only arrived in Johannesburg yesterday and have not raced since the Cape Town Cycle Tour so it was a case of just finding out how my form is,” said Schoeman.

“There was a lot of attacking and I rode off the other teams’ tactics before it ended in a sprint finish.”