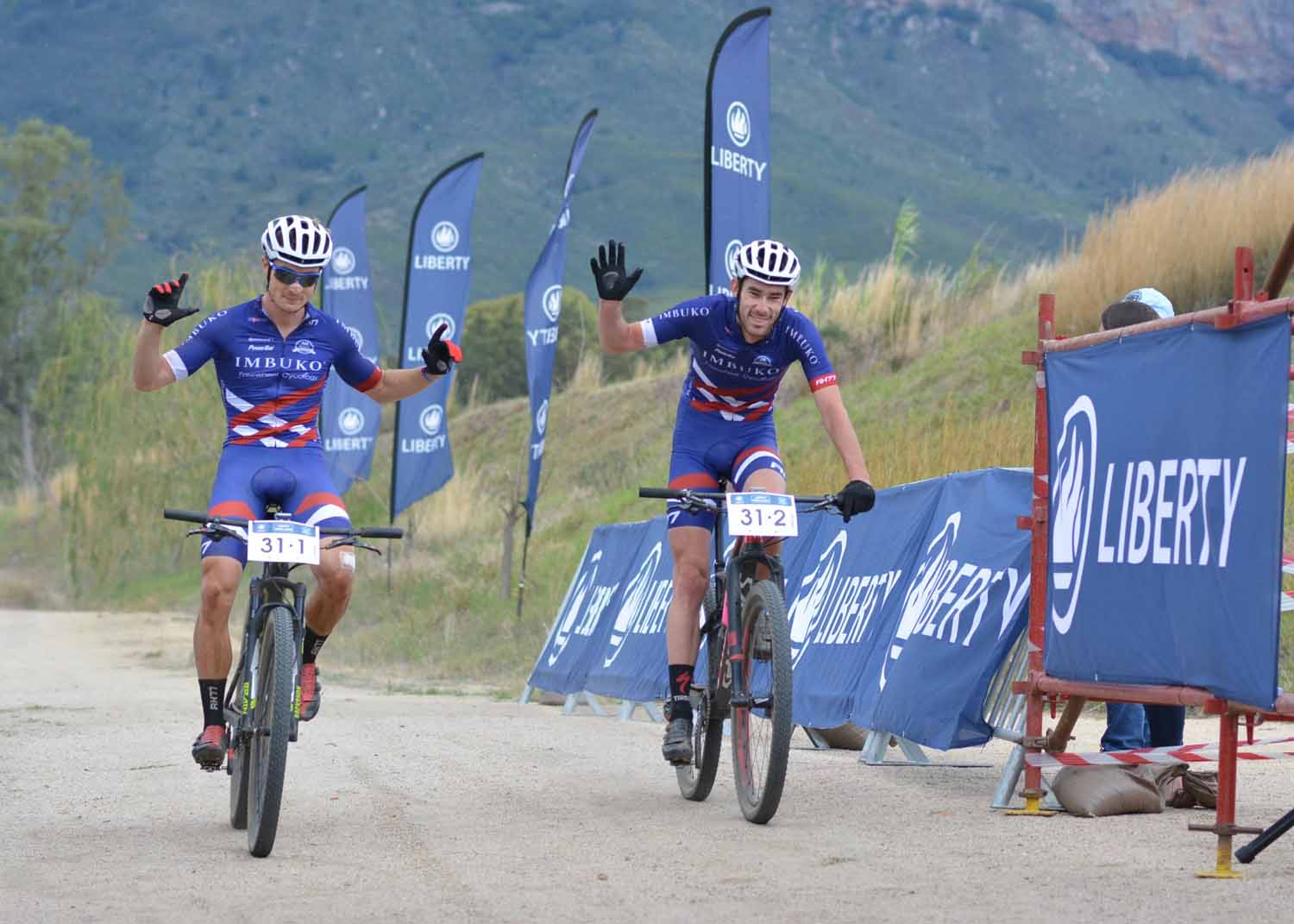 The Imbuko-Freewheel Cycology pair completed the 48km final stage around Kleine Valleij in Wellington in 1:58:45.

Hanco Kachelhoffer and Colin Noel of Altech-Autopage followed them home in 2:02:36 with Neil Swartz and Rikus Visser of SDK Legends third in 2:08:39.

Wolhuter and Boyes, who hail from Cape Town and Stellenbosch respectively, topped the general classification with an aggregate time of 6:45:19.

Kachelhoffer and Noel placed second overall in 7:07:58 with Van Wyk and Rebello grimly holding on to the third step of the podium in 7:26:12 after their day-one crash.

“It has really worked well because we get on well on and off the bike,” said Wolhuter, referring to their new partnership.

“We have had a few podium places this season but it is always nice to get to the top step and we are very happy with the result,” said the 27-year-old professional.

“We came here with a plan and it all went according to that plan. It’s not often that does happen so that was great.”

Wolhuter said he felt the telling break came on the first morning when they went hard on one of the early climbs.

“It was really on the first climb early on the first day when we decided to punch quite hard and managed to get a breakaway going which set things up for us.”

From that moment, the pair were able to protect and even build a lead which was never seriously challenged by their rivals.

Wolhuter, who won the inaugural event last year, said the overall experience had been tremendous.

“To be able to participate in a race like this on my doorstep is fantastic. They have refined a few things and kept the legs fairly short, but they are still a tough challenge.

After dominating all three stages, the mixed section was won by Cape Epic champion Ariane Kleinhans and Team Spur partner Stephan Senekal in 7:51:17.

Senekal said they were thrilled with the outcome and had enjoyed the experience.

“I have lived in Stellenbosch for around 12 years and to experience these trails and the good mixture of routes the organisers have put together was great.

“We are very happy with the outcome and to work so well with Ariane, who is such a strong rider, was awesome.”