Former Springbok cycling and motorsport ace Jan Hettema died this morning after being attacked in an armed robbery at his home. 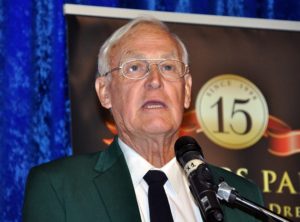 The 83-year-old was killed at Boschkop near Pretoria when a gang of robbers forced their way into his farm house, fatally shooting him. His wife, Elsa, was assaulted by the gang members, but survived the ordeal.

Hettama, a member of the Legend of the Pedal brigade, cycled for South Africa in the 1956 Olympic Games in Melbourne, but four years later turned his skills to motorsport, where he won over 100 rallies, including the SA Rally Championship five times.

He was the first winner of the Roof of Africa rally in 1967 and eventually retired from motorsport in 2002, aged 69.

He is survived by his wife and children Shaun and Helena.