The Amashova Durban Classic is celebrating turning 30 this year with the launch of a “local legends” campaign.

According to race director Annie Batchelder the campaign being run via predominantly digital platforms looks to recognise loyal cyclists who have been riding this race for 10 years or more and are esteemed members of the Green Number Club. 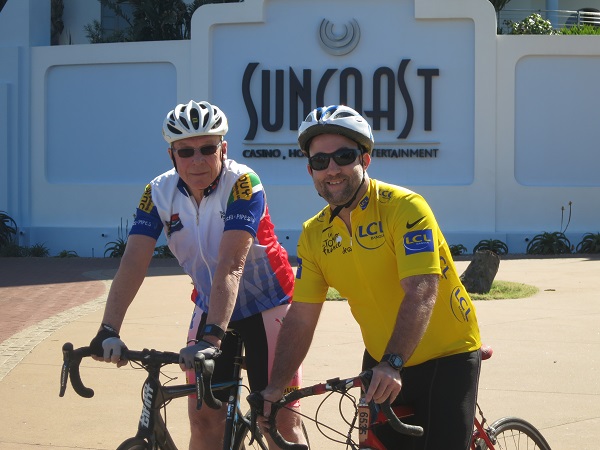 Henk Duys (30 years) and Glen Connell (25 years) are two of the cyclists with their green numbers being recognised by the Amashova race organisers in the build-up to the 30th anniversary of the race. Photo: Supplied

“The Amashova Durban Classic has become one of the major calendar events in KwaZulu Natal.

“In the last 30 years it has created a positive impact in the tourism and sports industry in the province, which I am incredibly proud to be a part of,” said Batchelder.

She added it had been satisfying to see first-hand the significant growth in the number of entries and how many “return riders” there had been.