Dimension Data’s Nathan Haas and Merhawi Kudus shone for their team on stage four of the Vuelta a Espana on Tuesday.

The team was well represented up front with both Haas and Kudus forming part of the breakaway. 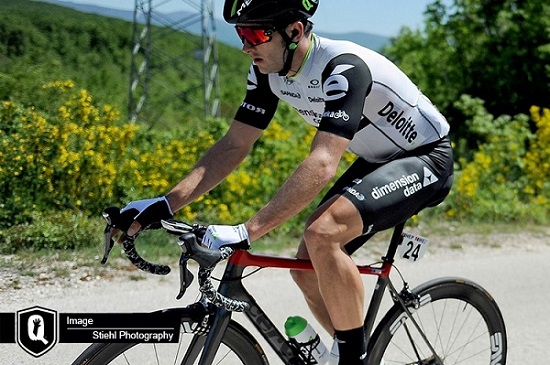 The attacks from the break began almost 20km before the final climb started, but it was only on the climb itself where the difference would be made.

Kudus showed good intent, being first in the chase group before following a big attack from Darwin Atapuma (BMC Racing) with 2.5km to go.

The Eritrean was not able to get away but his acceleration allowed Haas to follow the wheels in front of him, before finally jumping to a notable fifth place while Kudus rolled home in 13th.

Haas said it was a typical Vuelta stage from the start.

“Everybody is so hungry for a last-minute result and the breakaway sharks were out to play again today.

“I was just trying to stay with the field on the first climb and I was okay doing just that, but I didn’t have ambitions to go in the breakaway today.”

Haas added he was their option for the finish from the peloton but then 20 riders slipped away after the first climb and he was in a good position to go with them.

“Racing instinct always says never hesitate, race by feel and don’t overthink things. So I got in there and we quickly realised it would be the break for the day.”

For the second day in a row the stage win was decided by the breakaway as Lilian Calmejane (Direct-Energie) took the spoils.

Anton and Kudus are 22nd and 23rd in the provisional overall placings.