Jens Keukeleire (Orice-BikeExhange) won the stage and Maxime Bouet (Etixx-QuickStep) and Fabio Felline (Trek-Segafredo) rounded out the podium, with the latter just getting the better of Sbaragli on the line. 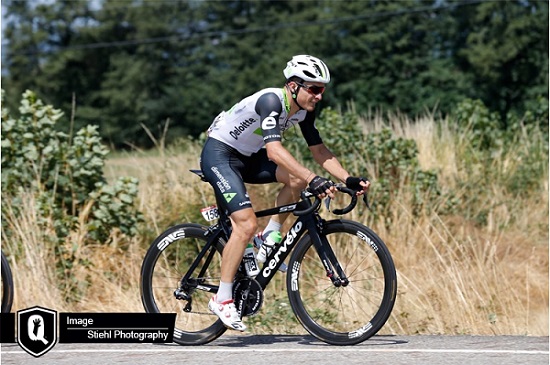 Wearing the King of the Mountains (KOM) jersey on behalf of GC leader Nairo Quintana, Omar Fraile had to settle for a ride in the peloton, but played an important role in helping Sbaragli.

It was a long time until a group of six riders managed to form the break of the day.

Atapuma was the first to drop out of the lead group after crashing on the first descent.

The other five continued, but weren’t able to grow their gap beyond the three-minute mark.

In the end they were reeled back on the El Vivero, a category 2 climb which needed to be ridden twice, with 18km left.

Dries Devenyns (IAM) was the next to try his luck. He crossed the summit alone, 30″ ahead of the group of the GC favourites, in which the African team featured as well.

Sbaragli was one of them and when it all came back together with 1.5km to go, he found himself in a good position.

A late attack by Simon Yates (Orica-BikeExchange) in the final put his teammate Keukeleire in a great position. When the Australian was caught, Keukeleire could open the sprint.

Nathan Haas fell ill and wasn’t able to finish the stage within the time limit.

NEXT ARTICLE | Results and GC of Namaqua Quest day two