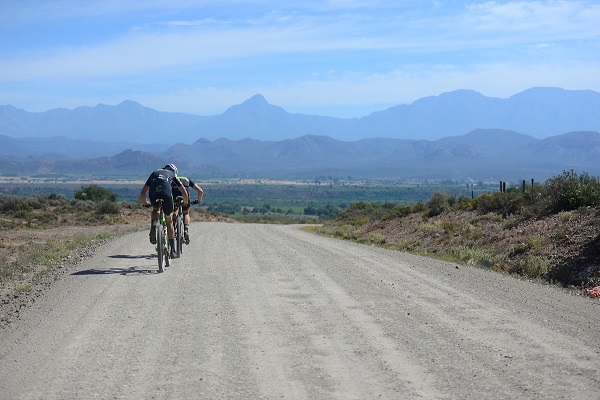 The South African team came in ahead of Peeter Pruus and Peeter Tarvis (KOMO/RMW) in 3:18:11. Third place went to James Reid and Julian Jessop (Team Spur).

“We took a different strategy because once the racing got serious, Nico Bell and Gawie Combrinck started off attacking and we thought it would be a more defensive day for us.

“So we just pushed on from there”, said Kleinhans.

The day’s win was Kleinhans and Beers’s fourth win in six days and provided their shift to fifth place in the overall standings. James Reid and Julian Jessop (Team Spur) moved to third with Erik Groen and Jeroen Boelen (Stappennbelt Specialized) dropping down to fourth.

Redecker and Strauss rode much of the stage with the winning Mixed team, Yolande de Villiers and Neil Ungerer (Ultimate Cycling), who added another four minutes to their overall lead.

Saturday’s final 57km stage starts at the Chandelier Game Reserve and finishes at the Queens Hotel in Oudtshoorn.