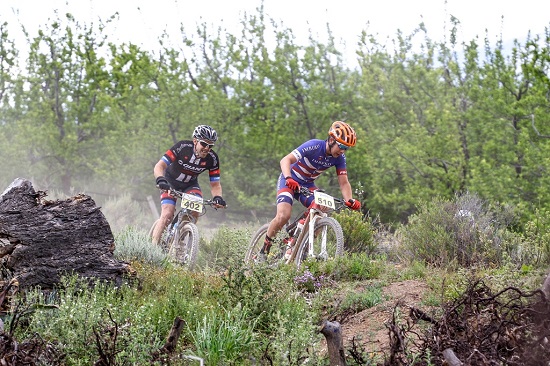 The Imbuko Wines rider came in 2:50:35 ahead of David Garrett and Pieter Gildenhuys who took second and third place respectively.

Rebello was content to sit in the lead group while climbing up the Seweweekspoort towards the Great Karoo.

However, once the route reached the rugged trails at the top of the poort, only Garrett could follow Rebello’s pace.

The pair worked together to stay in the lead of the chasing bunch, which included riders Nico Pfitzenmaier and Niell Ungerer.

In the approach to water point three, Rebello accelerated on a sharp climb through the orchards in the Hoeko Valley leaving Garrett unable to stick to the leader’s speed which resulted in his win.

De Villiers cycled to victory in a time of 3:04:20. Barnard came in second and was followed by last year’s winner, Alma Colyn.