The team started day two with a two minute lead over Hendrik Bester and Brennan Anderson and overcame the challenging route of the second and final stage. 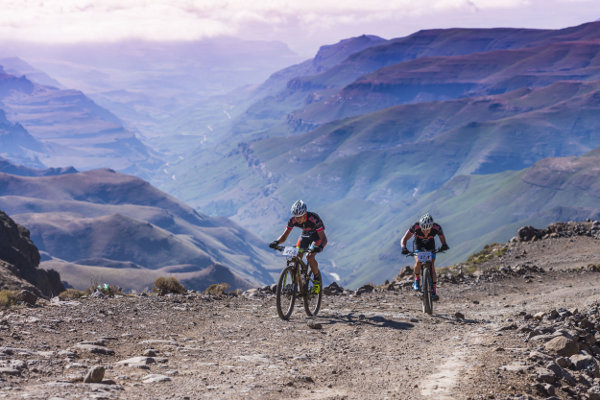 Reinhard Zellhuber and Marc Fourie climbing to the top of the podium on Saturday’s second stage of the 2016 Fedauto Sani Dragon. Photo: Anthony Grote

The two young riders charged up the final climb up Sani Pass and Zellhuber won the King of the Mountains award.

Bester and Anderson gave managed to opened a small gap early in the stage, but were reeled in at the start of Sani Pass.

For more news, results and photos go to Sani Dragon.