There has been a major boost to the route for the Liberty Winelands Encounter with the inclusion of some memorable single-tracks for the race from April 21 to 23. 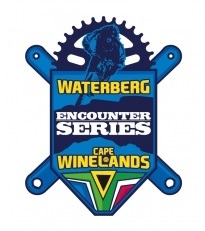 For the first time stage one will incorporate the impressive single-track at Boschendal Estate after coming down the equally legendary Skyfall single-track on Bartiney Estate on Helshoogte.

Overall the vertical ascent on the stage will also come down significantly due to new route access the event has received over the L’Ormirans Estate.

Boschendal, one of the largest wine farms in the world, has just completed an array of delightfully flowing single-tracks.

The Winelands Encounter won’t access the intimidating single-track high up on the Simonsberg. Instead the route will traverse the lower Inferno and Sugar bowl sections, which are lightning fast and non-technical.

After exiting Boschendal on the Drakenstein mountain range side, the route will enter the L’Ormirans Wine Farm, home of the world famous Franschhoek Motor Museum.

Instead of going high up towards the impressive Drakenstein Mountain on L’Ormirans the event will remain lower down just above the motor museum on the escarpment, which will make this section quick compared to last year.

A final tweak on the stage will come before the Bergriver Dam where riders won’t do the big climb before the dam.

Again the route will remain lower down before accessing the purposely built single-track around the dam before finishing at Le Franschhoek Hotel.