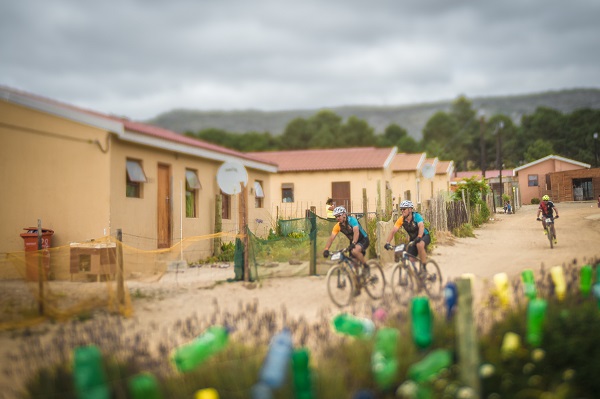 Mountain bikes meandering through the community of Botriver during stage three of the Wines2Whales Ride today. Photo: Tobias Ginsberg

“We kept a casual pace until waterpoint two. Phetetso then decided to put it down on the climb and I just followed,” said Hughes.

They were followed home by Meike Aschenbroich and Inky Talbot (Team Sterri Stumpi & Beer) in 3:53:54 and Alta Kriegler and Sunette Beyers (Team Vergelegen) in 3:55:00.

The Wines2Whales Race will kick off at Lourensford Wines Estate on November 11.