“It was a really tough race today. The Team Dimension Data boys were really aggressive, and the weather definitely played a little bit into my favour, said Hoffman. 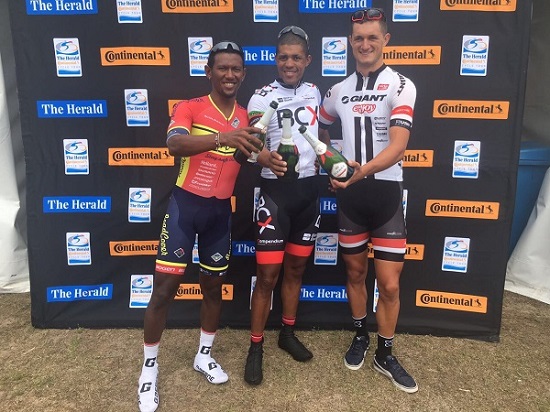 “I think this is just another confirmation that the condition is coming on quite well ahead of the Cape Town Cycle Tour.”

The 31-year-old said he was especially happy to take their first victory since the team’s recent rebranding from Team Telkom.

“I’m really over the moon taking our first win as Team BCX.

“The race was really aggressive, fast and I had super legs today. So I was really happy to win.”

Listen to the interview here