The 27-year-old from Fourways in Johannesburg said they had planned their strategy around the team’s sprinter, Reynard Butler, in anticipation of a bunch finish, so the final result came “as a bit of surprise”. 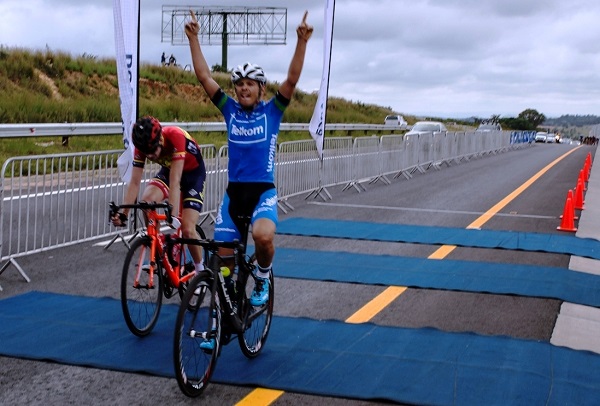 Maree and Main broke clear from the main peloton with about 10km remaining and managed to hold them off in the closing stages.

Butler led the leading bunch home to take third spot on the podium.

Maree said the Berge en Dale was a “really hard race”, but one which suited him.

“As I’m a bit lighter, the short, punchier climbs suit me, but you can have a love-hate relationship with this race,” he said.

“When you have a good race, it is amazing, but if you are not quite in top condition, you can really suffer.”

Telkom and RoadCover challenged each other from the start, which led to Maree and RoadCover’s Clint Hendricks – who will be defending his Cape Town Cycle Tour title next month – going clear on Krugersdorp Hill. They were joined by Marvin van Musschenbroek.

“With about 30km left, I fell back to the bunch and very soon afterwards the peloton caught up with the front pair,” said Maree

After several attacks, Maree said Main put in a surge with about 10km to go.

“I followed him, knowing that I have the speed. With 3km to go we only had 16 seconds on the chasing group of about 10, so it was very close.

“We managed to just hold them off by about 10 seconds in a really good race.”

Demacon’s Kim le Court used her strength to win the women’s title for the second year in a row, finishing ahead of Olympian and Bestmed-ASG’s new leader, An-Li Kachelhoffer. 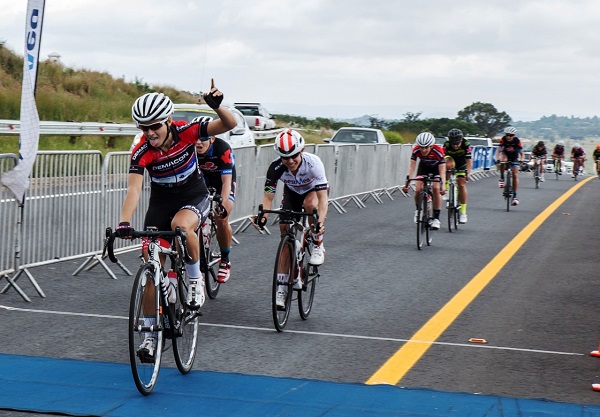 The 20-year-old Le Court, who is from Mauritius but is based in Pretoria, was delighted with the result as she was competing with a new team.

“We are still getting to know each other and it takes time to build those relationships, but so far it is going great.

“We get along well and today we rode well as a team.”

Le Court said they tried unsuccessfully to go clear early on, but the race-winning break eventually formed on the first steep climb.

“We stayed like that until the finishing sprint where I was nicely placed to get the win.”

She said the victory placed her in a strong position for the year.

“They say if you can win the Berge en Dale, you have a good medal chance at the African Cycling Championships, which are in Egypt this year.”