Mountain biking maestros Christoph Sauser and Karl Platt will renew their rivalry at the Cape Epic as both bid to become the sole owner of a record six titles in the race that started in 2004.

The 40-year-old Sauser, from Switzerland, came out of a short retirement in a bid to add to his tally of five victories in the UCI race that stretches over eight days in the Cape Town and Boland areas.

He will once again come up against his long-time German rival, who won his fifth title alongside current Swiss partner Urs Huber last year.

Sauser will be aided by former Olympic cross country champion Jaroslav Kulhavy, with whom he won his last two titles in 2013 and 2015. 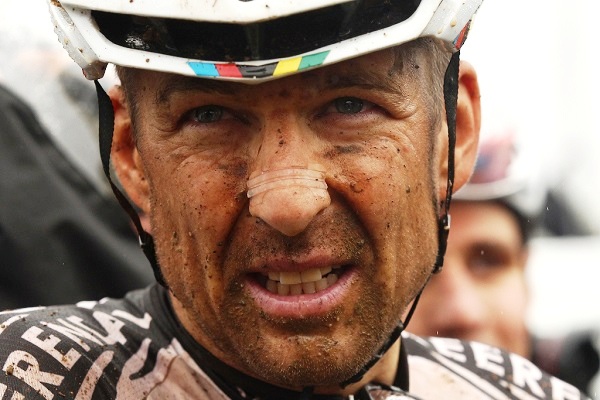 Both Investec-songo-Specialized’s Sauser and Bulls’ Platt chose to finish off their preparations at last week’s Bestmed Tour of Good Hope road race, which was scheduled to take place over five days until the penultimate stage was cancelled due to strong winds.

WATCH: Sauser and Platt at the Tour of Good Hope.

Platt won the inaugural Cape Epic in 2004 alongside Namibian teammate Mannie Heymans, but Sauser did not make his debut until the following year.

The German then teamed up with Carsten Bresser for the 2005 and 2006 races, which resulted in seventh and third place finishes respectively.

Similarly, Sauser came up short in 2005 when he and Fredrik Kessiakoff claimed second overall. It wasn’t until Sauser’s third participation the following year, when he teamed up with Silvio Bundi, that he was able to take the overall honours.

The defending champion was classed as an individual finisher in 2007 after his partner was forced to withdraw – the same year that Platt started a successful six-year partnership with Stefan Sahm to collect his second title.

From 2007 to 2012, the duo racked up three wins alongside second, third and sixth place finishes.

Both Sauser and Platt have one DNF on their palmares. Sauser called it quits in 2008 and Platt in 2014.

Sauser and the late Burry Stander, who placed fifth at the London Olympics, were teammates for five consecutive years from 2008. During this period, they claimed two titles along with a sixth, second and one DNF.

Platt started his partnership with Huber in 2013 and finished second and third before winning last year.

NEXT ARTICLE | Live broadcast and tracking for 2017 Cape Epic