A week of top quality riding is set to burn up the track at the Bellville Velodrome when the 2017 South African National Track and Omnium Championships take place in Cape Town on April 3 to 8.

“I know of a team or two aiming for a National Record in the Team Pursuit which means it should be very exciting to see,” said event organiser Nigel Isaacs.

The event, which takes place in Bellville, will see riders such as Nolan Hoffman, Bernette Beyers, Jean Spies and Courtney Smith battling it out for the National Jersey. 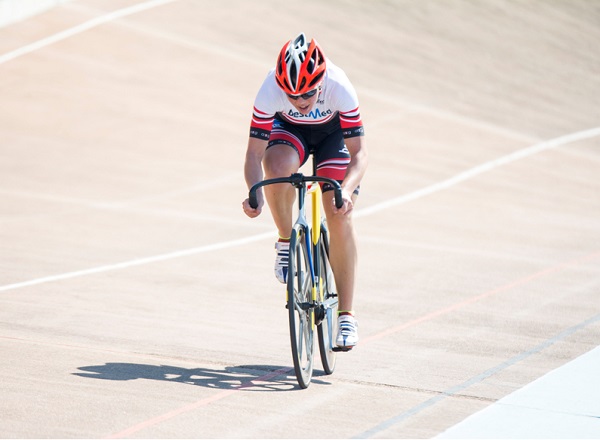 Bernette Beyers will ride with other South African track cyclists such as Nolan Hoffman and Jean Spies at the SA Track Championships in Bellville in April. Photo: Andrew McFadden.

Isaacs said they look forward to hosting the event and that preparations were going according to plan.

“I’m happy with how plans have gone so far. We have one or two odds and ends this side to finish off, and then we will be all set to go,” he said.

Day one of the championships will consist mainly of timed events along with various sprint events.

NEXT ARTICLE | Tour of Flanders 2017 route