After winning three from three, Waylon Woolcock shared his thoughts on the final stage of the PwC Great Zuurberg Trek.

Today was a bit of a play day and whenever I hear that I get nervous because, from past experience, it’s when things tend to go wrong.

Guys go into it with a more relaxed attitude and it’s never really as easy as they think.

For us everything went well though and we’re happy to have bought it home safely. 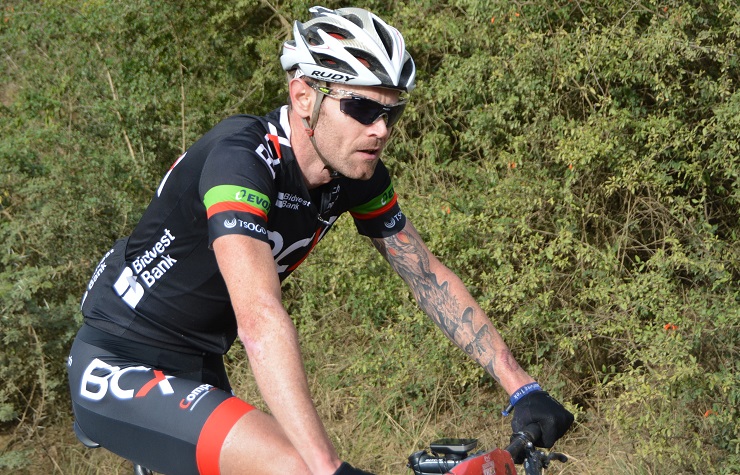 Today was quite hectic with all the single track, especially with most of the rough and more technical stuff in the beginning.

As I predicted, Gert and Arno really tried to put us under pressure in the early stages but we just rode it safely, kept them in our sight and were able to ride back to them on the steeper sections.

Once we got past the worst of the single tracks, when we reached the first waterpoint, I could sense that they sort of knew it was over.

From there I knew there wouldn’t be any more tricky sections to slow us down and thereon in we rode a more defensive race.

It was straightforward from then, varied trails and plenty of cactuses waiting to catch us when we overshot the corners, and the scenery was amazing when you had a chance to look.

The onus wasn’t on us to do the pace work, we felt that if anyone else wanted to take the race then it was up to them to drive the pace.

Going into the bike park there was a great vibe and it was quite enjoyable, especially as we could take some comfort from the fact we had that time buffer.

When we popped out on the Zuurberg Pass we rode up there really steady and let Gert (Heyns) do most of the pace work.

Towards the end we dropped Andrew (Hill) and Marco (Joubert) and we weren’t too worried about taking the stage win.

At that point we were in second, a finish we would have been happy with, but then HB (Kruger) went a little harder and Arno (Du Toit) went to close him down but dropped Gert in the process.

We were looking for weaknesses like that and we made the most of it, even though we didn’t need to.

It was nice to take make it three from three and take the overall without having any major mishaps.

I think if the gaps going into today had been closer, if there had been one minute between us rather than four, then I think we would have seen much more exciting riding and they would have pushed much harder.

We would have been under a lot more pressure and you never know what could have happened.