The 148km stage started well for the team as Haas’ teammate Kristian Sbaragli was able to join the morning breakaway and was part of the first intermediate sprint.

The Italian was able to win the sprint and got the 20 points before dropping back the peloton.

A strong crosswind split the group with 12km to go, leaving only a dozen riders at the front. 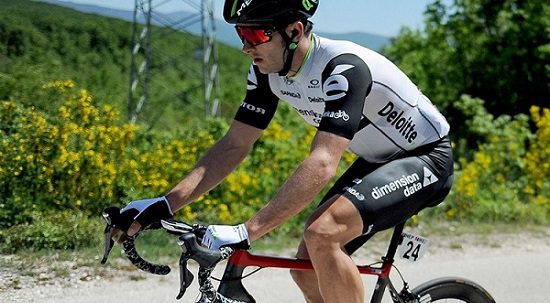 Haas was quick to join the leading bunch, a move which left him riding with sprinters like Fernando Gaviria (Quick Step-Floors) and Giacomo Nizzolo (Trek-Segafredo).

With just one kilometre to go, Haas made his attack, initiating the sprint with Gaviria on his wheel.

Unable to maintain his lead, Haas finished in fourth place.

His result was the third top ten spot the team has had at the event.

“I knew it would be completely exposed after that roundabout with 12km to go so I thought I’d better be at the front in case anybody jumped – and that’s what I did.

“In the final, I went early, hoping that the cobblestones would play in my favour,” said the 28-year-old Australian.

“Sometimes when you get a gap on the cobbles, no one can come around but unfortunately, they came around this time.”

“There are still a few stages to come, which suit me even better than this one. I’m definitely not done fighting.”

The South African currently sits eighth in the general classification.