Caleb Ewan took his first Giro d’Italia stage win on day seven of the race that started in Castrovillari today. 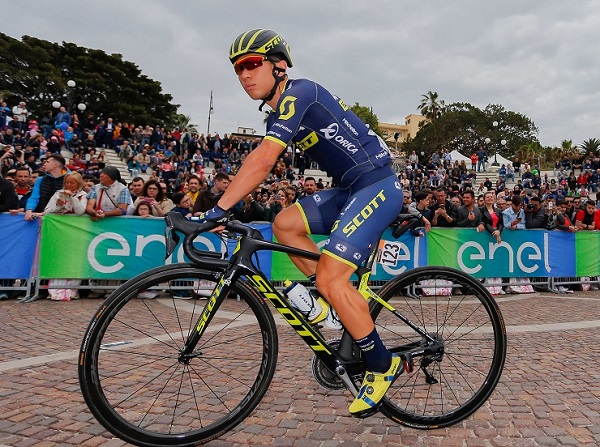 “It’s been a little bit difficult for us in the first part of the Giro d’Italia,” said Ewan.

“I came close and the guys worked really hard, so I’m happy to finally win.

“It was a really close sprint. I had to do some work with three kilometres to go so I was a little tired for the sprint. But Luka (Mezgec) did a great lead out, so it was perfect.”