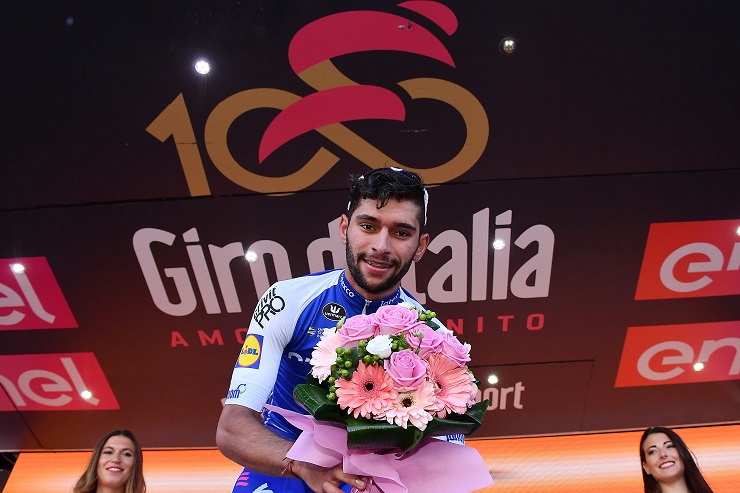 The Quick-Step Floors rider finished the 229km route, which was the longest of the race, in 5:18:55. Wilier Triestina’s Jakub Mareczko and Bora-Hansgrohe’s Sam Bennett rounded out the podium.

There is no change to the overall situation with Team Sunweb’s Tom Dumoulin still at the top in 52:41:08, followed by Movistar’s Nairo Quintana 2’23” later with Trek-Segafredo’s Bauke Mollema 2’38” behind.

The stage winner profited from a strong lead-out from Max Richeze in the final few hundred metres and comfortably held off Mareczko.

“The best sprinter in this giro is Andre Gripel,” said Gaviria.

Gaviria is the first rider to win three stages on his Grand Tour debut since Uwe Raab at the 1990 Vuelta.