It was a successful fifth day of the Giro d’Italia for Quick-Step Floors as Fernando Gaviria won the stage, which finished in Messina today, while Bob Jungels’ retained the leaders maglia rose. 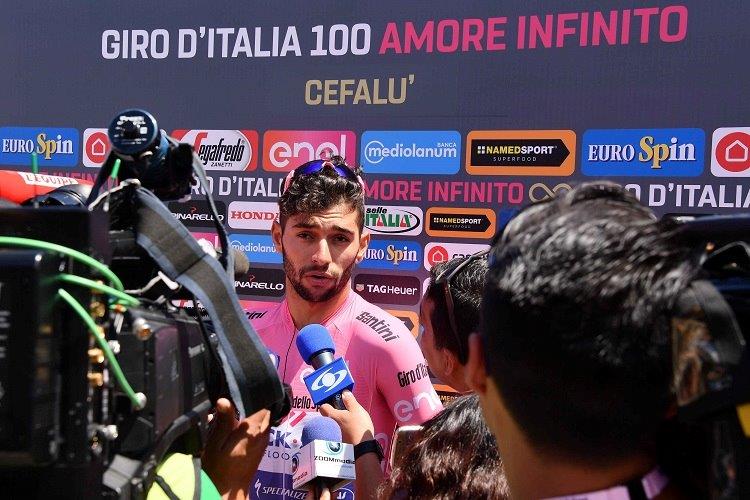 Finishing in the peloton, Jungels said he would aim to keep the jersey until Sunday.

“It was fantastic today, it was a great stage.

“The final was a little tricky, there were a lot of ambitious riders up front and a bit of a fight by the GC riders to stay up front,” he said.

“We showed the team was there all day and I’m happy we finished it off again.”

After winning his second stage, his young teammate Gaviria has made history as one of only two riders in the 21st century to have won two or more stages before turning 23.

His victory means he will wear the red maglia ciclamino which is awarded for the points classification.