Jan Polanc won the fourth stage of the Giro d’Italia that finished in Etna today. 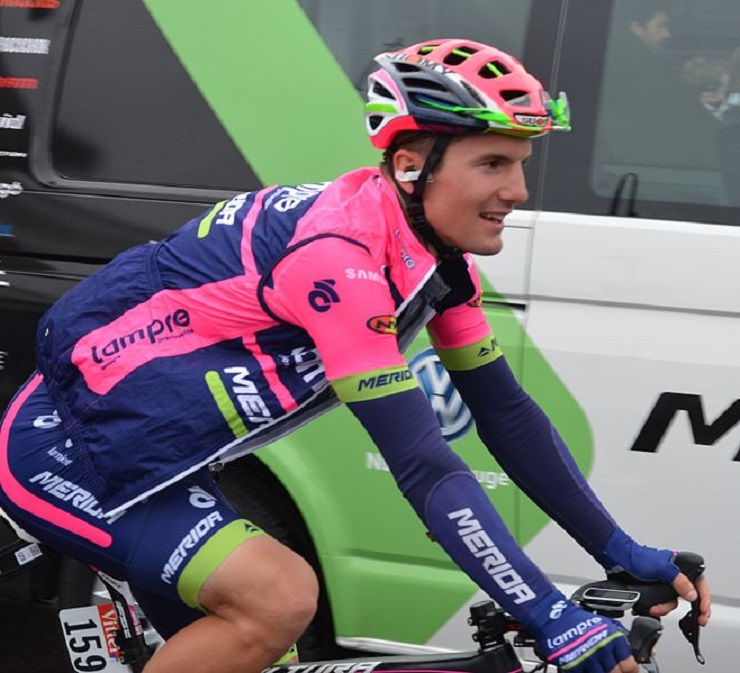 After yesterday’s rest day the Slovenian made an early attack after just two kilometres and was able to hold onto his lead throughout the remainder of the 181km route.

The mighty effort was clear as the UAE Team Emirates rider approached the 2km mark, swerving from side to side, but Katusha’s Ilnur Zakarin was unable to close the gap.

As the finish approached Zakarin continued to chase and narrowed the gap between the two of them to just nineteen seconds.

“It was amazing today but the climb was difficult with a constant headwind, especially after a long break,” said Polanc.

“It was probably the hardest day of my life.

“Probably nobody expected the break to arrive to the finish, we didn’t have big gap before last climb, and we were four all day, so it was difficult but I’m very happy.

“After 2015, to repeat the victory on the first mountain stage, it’s incredible for me – I’m really happy.”

The 25-year-old will don the blue jersey tomorrow as the new leader of the mountains classification while Bob Jungels will wear the maglia rose.