Bob Jungels retained the young rider’s jersey after he won stage 15 of Giro d’Italia, which took place between Valdengo and Bergamo in Italy, today.

Part of the lead group that formed in the final kilometres of the 199km stage, Jungels made his attack 1km from the finish as he led the small bunch into the final stretch. 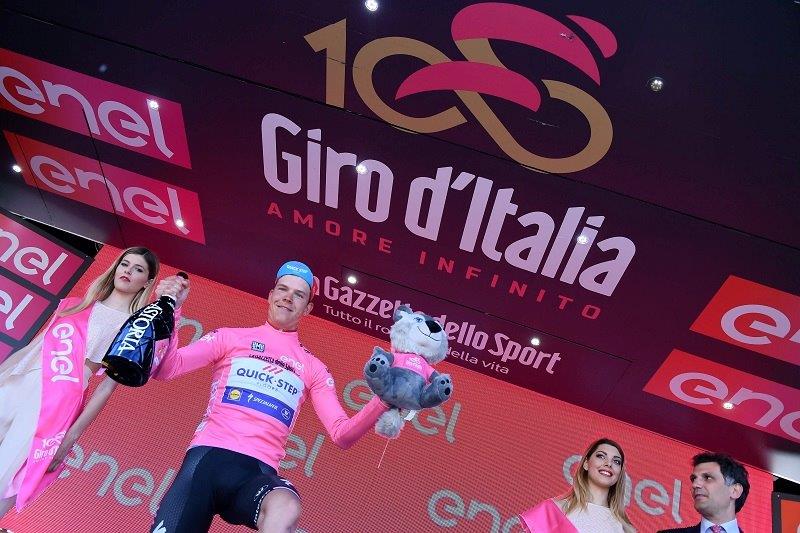 The Quick-Step Floors rider made it the fifth stage win for the team as he powered ahead of Bauke Mollema (Trek-Segafredo) to take the day’s title.

Quintana’s second place finish allowed him to close the gap on GC leader Tom Dumoulin while Jungels moved up into eighth.

“At the moment it’s not so easy to realise but I’m super happy with this victory of course,” said Jungels.

“I knew that I had good legs today, I was good in the climbs. Also in the final climb I tried but it was a bit longer than I expected but then in the downhill I was in a good position.

“The sprint was perfect – I was on the wheel of Domenico Pozzovivo and I started the sprint in the perfect position.

“It was the first sprint I’ve won in a race like this. It’s great and a stage in the Giro is incredible and in front of these guys is incredible.”