Tejay van Garderen pipped Mikel Landa to take his first ever grand tour victory, winning stage 18 of the Giro d’Italia, which took place between Moena and Ortisei in Italy, today.

The BMC Racing Team rider sprinted to a finish in the last 500m of the race, after sitting alongside his Team Sky challenger for the latter half of the race in a true battle of the climbers. 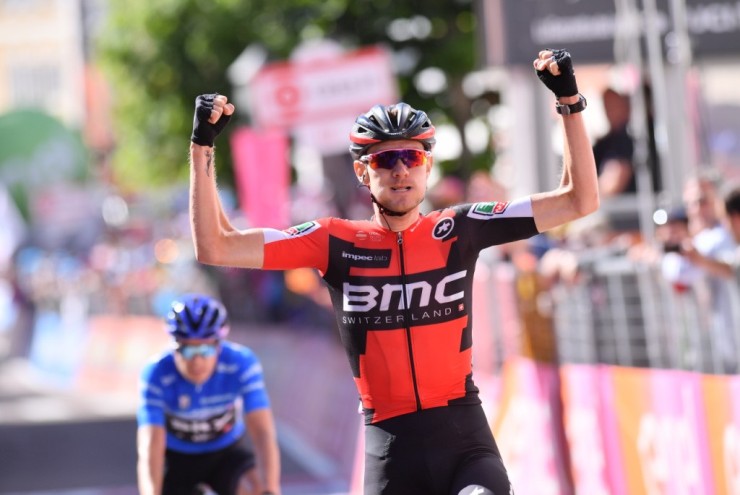 With three climbs over 2,000m this really is one of the toughest stages in recent years at the Giro d’Itlia and is considered one of the tour’s queen stages.

Thibaut Pinot (FDJ) completed the podium on the stage, and was also the big winner in the general classifications today, clawing back one minute and two seconds against his fellow cyclists.

Van Garderen was ecstatic about the win, saying he had had a rough couple of years in terms of grand tours and had been working hard to keep his morale up.

“This is my first grand tour victory, so it’s an incredible feeling.”

The American also had a lot of praise for Landa.

“He’s a very fast sprinter and good climber. I tried to play it as best I could, but I didn’t know I was going to win until I crossed the line,” he said.

Current overall leader Tom Dumoulin (Sunweb) once again put in a solid performance, and not only survived attacks but really sent a strong message to competitors Nairo Quintana (Movistar) and Vincenzo Nibali (Astana) after fiercely defending his pink jersey.

“They are only focusing on me, and trying to make me lose instead of trying to win,” said the Dutch rider after the stage.

“In the last moment they lost a lot of time to the other competitors. I really hope that riding like this they will lose their podium spot in Milan, that would be really nice, and I would be really happy.

“It would be a dream scenario if the other competitors didn’t get any closer, but now Thibaut Pinot almost took a minute on me just because Nibali and Quintana made a pact, clearly. It’s their right, but it would be nice if they lose their podium spot for that behaviour,” he said.

Although Bob Jungels (Quick-Step Floors) managed to keep his place in the top 10 of the GC,  Adam Yates (Orica-Scott) managed to take the white jersey from him after a solid performance on the Dolomites.