The Dimension Data rider finished the 161km stage from Firenze in 4:23:17 as he pipped Portugal’s Rui Costa (UAE Team Emirates) and France’s Pierre Rolland (Cannondale-Drapac) to the post. 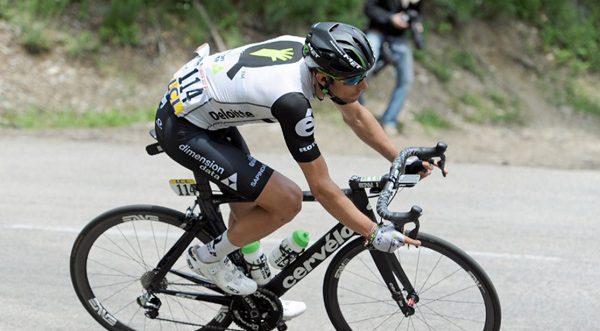 Fraile was part of the leading four-man group 1.8km from the finish. The quartet, which also consisted of Costa, Rolland and Tanel Kangert, had a nine second gap over the chasing bunch.

At the 450m mark, Kangert led out the sprint but with 150m remaining, Fraile attacked and held the lead to take the win.

“I’d noticed that this stage suited me very well. I went on the attack early and went with Mikel Landa because we knew we could gain some ground,” said Fraile.

“When they came back up to us, I marked Costa because he’s fast, but I was even faster today.”

The Spaniard said he had dreamt about winning a stage for a long time and was glad it finally happened.

Tom Dumoulin of Sunweb retains the overall lead with a time of 47:22:07. In second place is Nairo Quintana (Movistar Team) with Bauke Mollema (Trek-Segafredo) in third.

“The whole team was amazing today. We never got stressed out and we’ll do the same day after day to try to keep the pink jersey,” said Dumoulin.