Austrian Lukas Pöstlberger grabbed the initiative from the sprinters to win the 206km first stage of the 100th Giro d’Italia today. 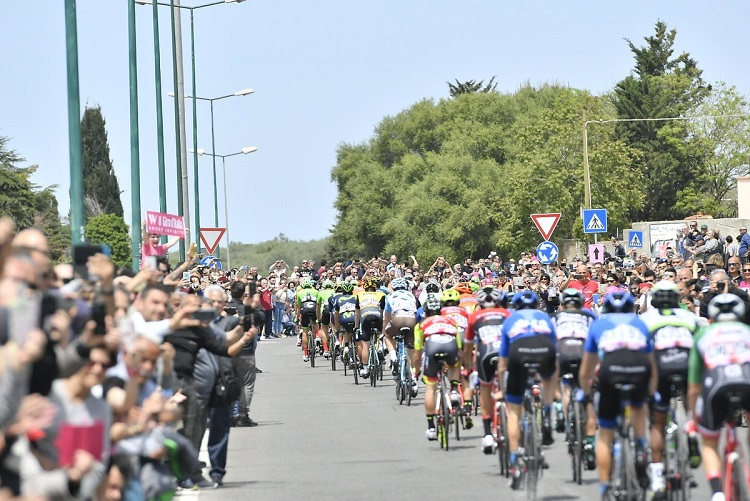 Fans cheer as the peloton go by on the first stage of the 2017 Giro d’Italia, which covered 206km between Alghero and Olbia. Photo: Giro d’Italia Twitter

The Bora-Hansgrohe, who made his Grand Tour debut, led from 2km out after a slight narrowing in the road about 3km from the finish caused some disarray in the peloton.

When Pöstlberger found himself off the front in the finale, he put his head down and was able to hold on to a small advantage as the sprinters played the waiting game behind.

“The plan had been to try for a sprint for the final for Sam (Bennett),” said the 25-year-old, who collected the maglia rosa as well as the points and young rider jerseys in the process.

“Through the city the lead-out trains, I don’t know, they lost my wheel or something and I had a gap.

Pöstlberger, who became the first Austrian to win a stage in the Giro d’Italia, said it may be some time before he fully realised his achievement.

Orica-Scott’s Caleb Ewan won the bunch sprint to take second on the stage ahead of Lotto Soudal’s Andre Greipel.