Cycling South Africa’s Bonga Ngqobane said it would take collaboration from various sectors to transform the state of cycling in South Africa.

The governing body’s new youth, development and transformation chief said the question of investment was the greatest obstacle he would have to overcome during his tenure.

“The big idea is to get all those involved in cycling, at any level, to come together so that we work alongside each other to bring about positive change,” said Ngqobane, who was appointed on April 10. 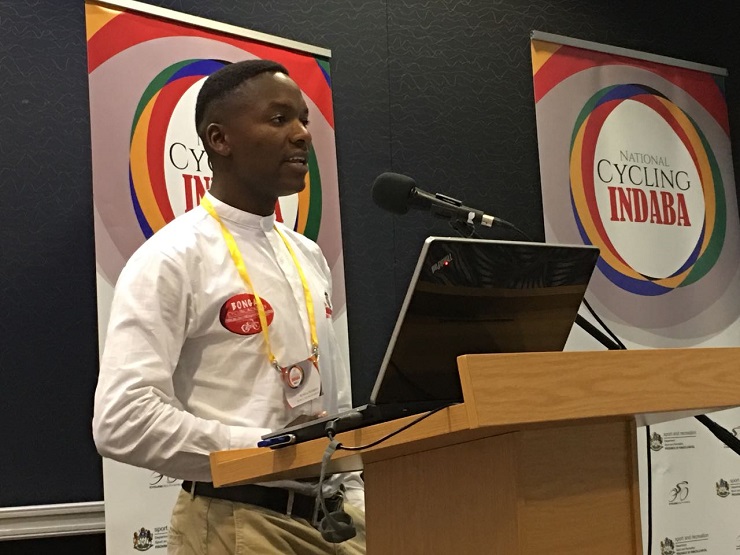 Bonga Ngqobane, Cycling SA;s Youth, Development & Transformation Commission Chair, said investment would be one of the obstacles he’ll have to overcome during his tenure. Photo: Supplied

He said financial collaboration would go a long way in easing the burden placed on riders by Cycling SA’s self-funding policy.

“I believe the formula to develop the sport is to focus specifically on transformation,” said Ngqobane.

“The idea is not to transform the sport alone, because if I want to do that but there is nobody with the same mindset it will never happen.

“As a person in this position, my first goal is to transform cycling from a grassroots level before going on to improving the sport itself.”

As a cyclist himself, Ngqobane said he hoped to encourage proactive individuals and those with a genuine passion for the sport to be a part of this change.

“I want the sport to be driven by people who have a passion for cycling and recognise them,” he said, starting with those in administration and leadership positions within his organisation.

Another priority is to develop innovative projects and programmes.

“It is my duty, along with my colleagues at Cycling SA, to bring about an inclusive transformation.”

The 26-year-old joined the Velokhaya Cycling Academy in Cape Town as an aspiring pro, but said he had seen little growth in the sport over the years.

He used countries like Rwanda, Ethiopia and Eritrea to prove his point and said, despite getting into the sport later than South Africa, they had a far stronger group of riders who are consistently performing well internationally.

“There is still a huge gap between us and them,” he said.

“I decided to take this position simply because I saw a need for someone who is passionate and who is willing to use their passion to create something positive.”