This year the Voice of Cycling will commentate solely for NBC TV in the United States when the three-week Grand Tour starts in Düsseldorf in Germany on July 1.

“In the past I have been heard on all of the English-speaking channels around the world, but this year it will be just for NBC,” said Liggett.

“Paul (Sherwen) and I will be on the finish line in a specially prepared studio every day and we go live to the United States for the last three hours of each stage.” 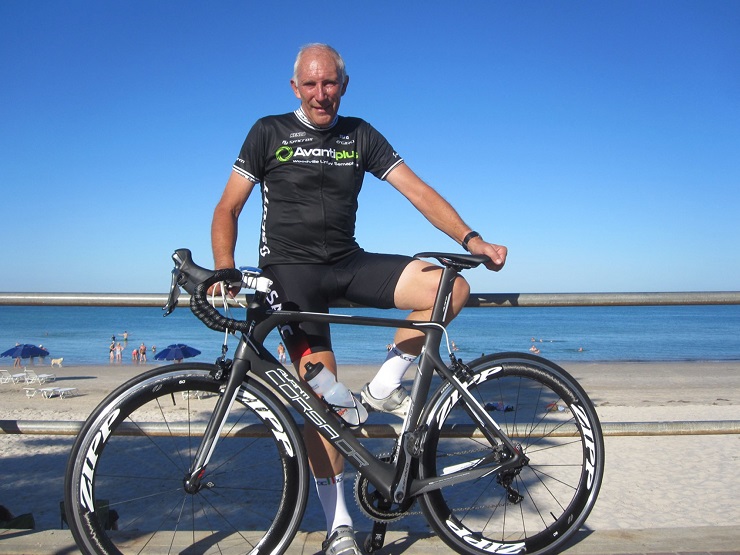 Phil Liggett, who has been involved with the Tour de France for roughly 40 years, will not be heard by South Africans during the live broadcast this year. Photo: Supplied

Liggett explained that the organisers of the Tour – the Amaury Sport Organisation – would send a different signal, known as the World Feed, to networks that did not have a big presence on the race.

In the past, NBC’s crew of 85 people have covered the event and it was this coverage that the organisers made available worldwide, including South Africa.

They however made the decision to send out a different signal for the 2017 race, one not seen by the NBC team, said Liggett.

“We can’t add our voice to this signal and this means SuperSport will not be able to get my commentary this time.”

South Africans will instead hear the voices of Australians Matt Keenan and Robbie McEwan who have, in the recent past, handled the build-up prior to Liggett and Sherwen going live.

The reason Keenan, and later McEwan, was introduced was to bridge the gap between when the World Feed started and when Liggett and Sherwen took over for NBC.

“Once we were on air, we used to take the handover from Matt. Now, with us seeing different pictures, there can be no handover and it will stay with him and Robbie the whole way.”

Liggett has worked on the La Grande Boucle every year since 1978.

“I am very sorry not to be talking to my South African fans this year,” he said. “After a long association with them and Australia in particular, these two countries are very close to me.

“Paul and I are extremely saddened by the way events have gone.”

However, Liggett said it would not be the end of his relationship with South Africa.

“There is still a very good chance that South Africans could hear my voice on SuperSport in the future.

“Whenever I call a race around the world or in South Africa it could well be on SuperSport. This situation, at the moment, only applies to the Tour de France.”

Liggett said he expected a close race but not a fourth win for Chris Froome.

“I feel that this route will not entirely suit Chris. I think he will podium, but not win the Tour this time.”