Andrew Hill has joined forces with five-time Imana Wild Ride champion Warren Price and together they plan to set a new record when they start the four-day ride on Sunday.

Hill, who has ridden the event three times, said their combined experience would prove invaluable over the 200km course, which starts at Morgan Bay Hotel in the Eastern Cape. 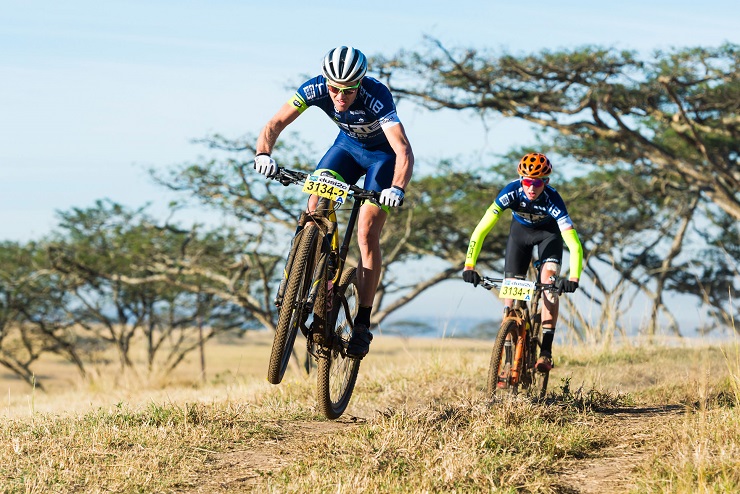 Andrew Hill, pictured here at dusi2c, has teamed up with Warren Price for the Imana Wild Ride this weekend. Photo: Anthony Grote

“We want to try and win it and if there’s a chance of breaking nine hours, we’ll definitely go for it,” said Hill, who had victory snatched away by Price last year.

Hill and Tyronne White, who had led from the start, lost seven minutes dealing with the latter’s slashed tyre and it was Price and his partner who went ahead to set a course record of 9:01:14.

With no route markings and a GPS ban, he added their in-depth knowledge of the route would be crucial in shaving off precious seconds each day.

“With Warren’s experience, and me knowing the route too, we shouldn’t make any navigational mistakes.”

Drawing on his experience from past events, Hill said navigation would be key on the first two days as they made their way along the beach.

“The last two days feature more district road riding and that’s where you can make up a fair amount of time.”

He said conditions would be the determining factor and that even the best teams were at the mercy of the conditions.

“Challenge wise, every aspect of the race is a challenge and everything has to align. You could be the strongest team there but you’ll never get it if the conditions aren’t right.”

Price was positive about their chances and echoed Hill’s thoughts, stating their experience would be their greatest weapon.

“There’s so many decisions you have to make each day along the route and by questioning your decisions, it costs you time.

“Andrew knows the routes as well as I do so we’ll be able to compare routes and know what options are best.”

He said their partnership was one they’d been speaking about for some time. Having finally got the opportunity to ride together, he said they’d give their all to finish in under nine hours.

“We don’t know who we’ll be up against but we’re quite excited to get there and find out,” said Price.

“If we do find ourselves in the lead we’re determined to go for that record.”

He joked that a sixth consecutive win would be a great challenge to lay down for fellow five-time winner Nick Floros.