Brendon Davids continued to shine when he claimed overall victory in his first appearance in the 148km three-stage Bestmed Jock Classic in Mbombela, Mpumalanga, today.

Fresh from winning the Knysna Cycle Tour last weekend, the 23-year-old RoadCover professional took control on the final stage to cross the line four minutes ahead of his rivals.

After winning the second stage, he made a telling move on Long Tom Pass shortly after the start in Sabie when he attacked to create a gap of about 30 seconds over the chasing pack.

Davids completed what is said to be South Africa’s toughest one-day road race in a total time of 3:54:00 to finish just over four minutes ahead of BCX’s Steven van Heerden (3:58:07) with the latter’s teammate David Maree (3:59:31) third. 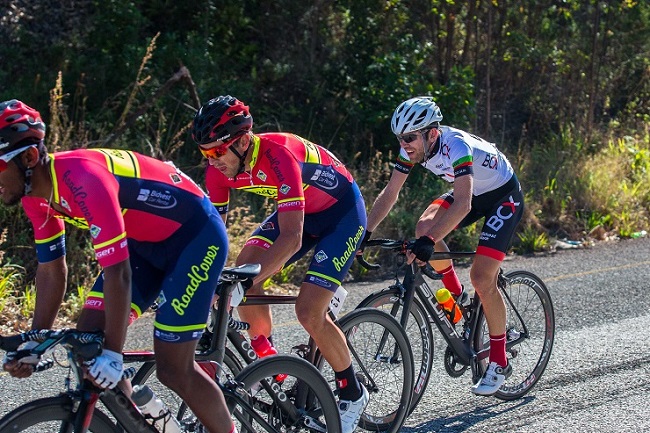 With nothing in it after the first two stages, Davids said they decided to try to exert pressure from the start of the final leg.

“So when we turned onto Long Tom Pass after the neutral zone, Bradley (Potgieter) attacked and I countered, but the race came together again,” said the former African continental mountain bike champion who hails from Fourways in Johannesburg.

“He attacked immediately again and then, about 2km into the climb, I went and got a gap.”

Davids said he was extremely relieved to claim the victory in what is regarded as one of the country’s hardest road races.

“This is a tough race because of the way the stages are in close proximity to each other. It makes for really intense racing, and when I came across the line I had nothing left.”

Davids said he had to thank his team-mates – Potgieter, Clint Hendricks and Ryan Harris – for their work during the race.

“Although we had a small team, they were on another level. Ryan is new and he rode his socks off today.”

After making his mark in mountain biking, Davids said he was now focused on a road career and admitted the win gave him confidence.

“I can’t say much at this stage but I hope to be heading to Europe soon. My ultimate goal is to get a pro contract over there and possibly a chance on the World Tour.”

The latter then edged ahead on the line in the second stage of 45km between White River and Sabie to beat Maree and Van Heerden. All three riders were credited with a time of 1:19:03.

Bestmed-ASG’s Sanet Coetzee ticked off an item on her bucket list by notching her first title in the Jock Classic, presented by Rudy Project. 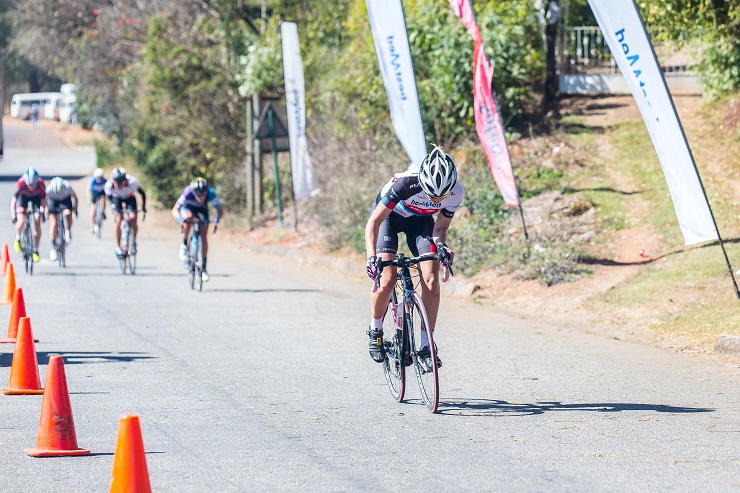 Team Bestmed-ASG’s Sanet Coetzee powers to victory on a stage of the Bestmed Jock Classic road cycling race that started and finished in Mbombela, Mpumalanga, on Saturday. Photo: Memories4U Photography

She won all three stages en route to overall victory in 5:06:50. Brittany Peterson, riding for Mercedes-Benz-Adelaide-Blackchrome, finished second in 5:10:08 with Michelle Andrew of Demacon third in 5:11:50.

“Growing up, the Jock was always the one I wanted,” said Coetzee. “So for me to win this is really special.”