Philip Buys is looking to add the national cross-country title to his list of achievements this season when he takes to the start of the South African mountain bike championships at Mankele, Mpumalanga, on Saturday.

Buys and PYGA teammate Matthys Beukes started the year on a positive note at the Cape Epic, with their red jersey title setting the tone for 2017. They went on to notch up wins at sani2c and joBerg2c.

“We’ve had all these good results but I think the one thing we still need in the team, and what would be the cherry on the cake, is the national champs title,” said Buys.

They competed in the national marathon champs in May but sickness beforehand put a damper on their performances, resulting in Buys narrowly missing the top spot. 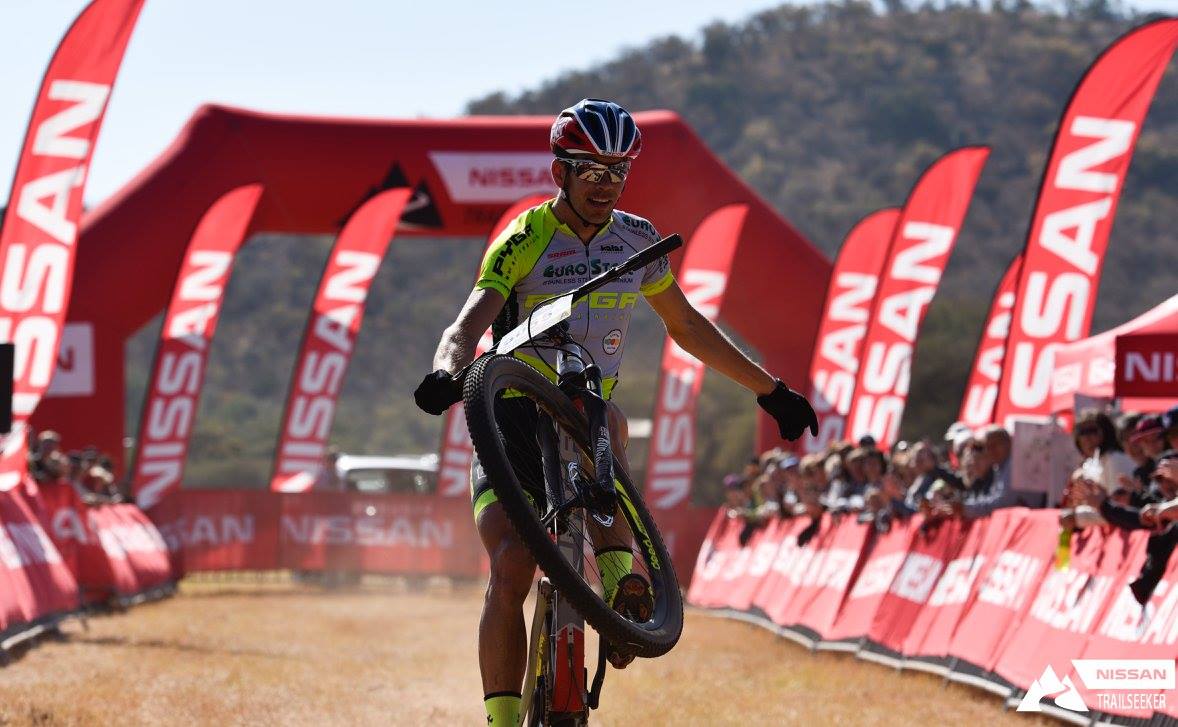 Philip Buys, who recently won at the Trailseeker Series, has turned his attention to the SA MTB Championships this weekend. Photo: ZC Marketing Consulting

“The national cross-country title is more of a personal goal but I think anyone would want to win it,” said Buys, who was pipped at the post by James Reid last year.

Despite Reid being out of the picture, Buys anticipated an action-packed weekend with all the top names present.

“Everyone will be racing for first, nobody races for second. I am feeling positive but I think it will be difficult to beat a few of the guys.”

He said the fierce competition changed the dynamic of the race and with more guys competing for first place, it would by no means be a one-on-one race.

“Alan Hatherly is one of the in-form guys and this shows in his results. His performances are always consistent and it will definitely be a challenge to beat him.”

Julian Jessop, Stuart Marais, Gert Heyns (third last year) and Arno du Toit were the others that featured on the 28-year-old’s radar, but he said he was looking forward to the challenge.

Buys admitted his year would usually comprise of more cross-country races, but, with local exposure the team’s priority, their focus had been on stage races.

However, dedicated weeks of high intensity training had him feeling confident he’d be able to deliver a top performance, with his marathon training having placed him on a good level fitness wise.

“After the world marathon champs, I’ve focused a lot more on the intensity of my rides and everything is at a good level now.”

The SA National MTB Championships start with the cross-country races on Saturday, followed by the downhill discipline the next day.