Nolan Hoffman used his knowledge of the course and the conditions to outsprint RoadCover rival Clint Hendricks for the top podium spot in the Bestmed Cycle4Cansa Championship title at Sun City in the Pilanesberg today.

The BCX professional, who finished in a fast 2:23:21, took advantage of a cross-tailwind to nose in front on the line, shading Hendricks and another RoadCover rider, Ryan Harris, for his second successive title in the 103km road race.

The 32-year-old Hoffman, with three teammates at his side, placed himself in a strong position near the front as they entered the final kilometre. 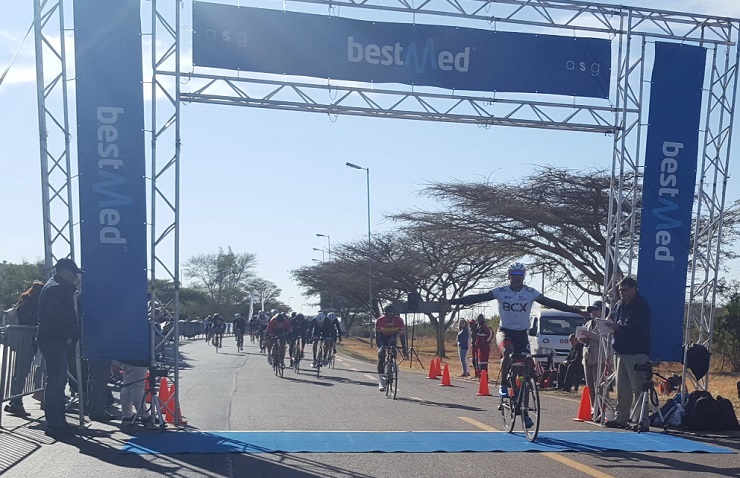 “There was this tailwind from the side and I have done this race so many times that I know that if you get it right it’s impossible to come off the wheel.

“Being a big guy with a tailwind like this and going slightly downhill were perfect conditions and I was so glad I could deliver the win.”

He added that his third title in the 20th edition of the road classic in the North West Province was a boost for his confidence.

“This is the first big one for the rest of the year and it’s always good to pull off a win when things are close,” said Hoffman, who lives on the West Rand.

“The team rode a phenomenal race today and it’s very rewarding to give them a win.”

Demacon’s Carla Obeholzer took the women’s title for the first time after winning the sprint from a lead group of seven. 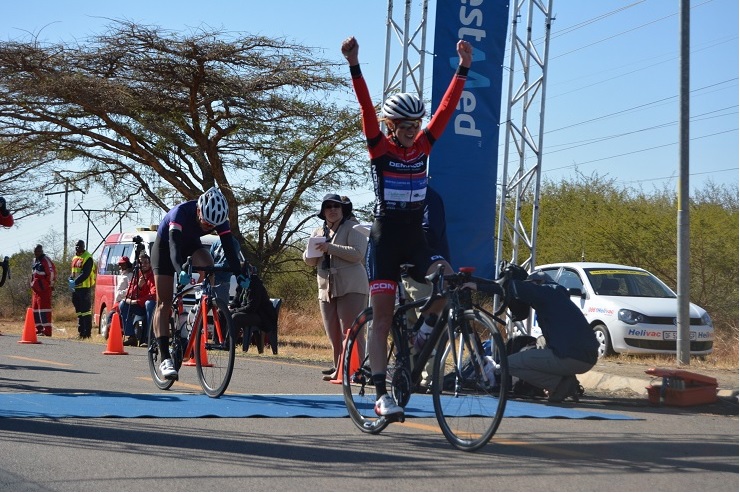 She came home in 2:47:21 to beat Cherise Willeit, who made her return to road racing after an absence of two years. Demacon’s Heidi Dalton, the reigning national champion, completed the podium.

After breaking away with the defending champion, Uys fell slightly behind shortly after start of the second lap.
“I just tried to consolidate because I knew I would have a chance of closing in on the descents,” he said.

Uys, who won the Barberton Ultra Marathon in January, eventually neutralised the attack and launched one of his own on a short, steep climb about halfway through the second 25km lap.

From there, he maintained a good tempo to keep his rival at bay.