First time ultra-distance rider Matt Beers is in no way daunted by the task at hand as he prepares to tackle the 230km Trans Baviaans on Saturday.

Beers will start alongside the seasoned Timothy Hammond, who has won the event twice and set a record time in 2013.

“It’s great, it’s a different type of challenge and a nice way to see what your body is capable of,” said Beers. “Well, maybe it won’t be capable but I hope it is.”

Unsure of what to expect, Beers said he knew a “very sore arse” and a lot of riding would be in store once he set off from Willowmore in the Karoo. 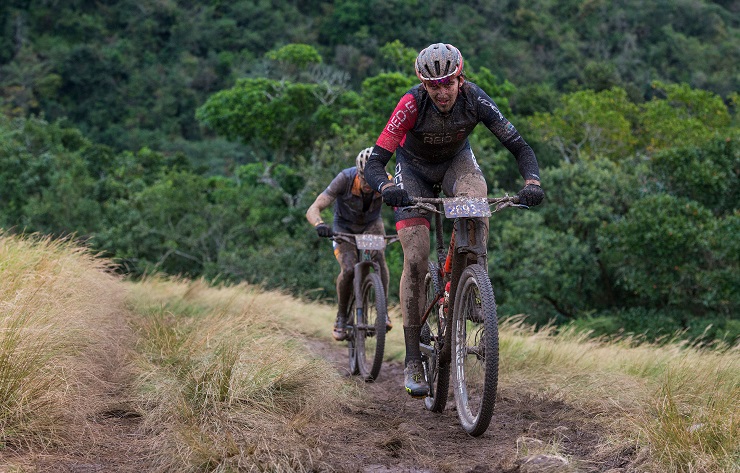 Matt Beers (front) and Timothy Hammond, pictured here at sani2c, will tackle the 230km Trans Baviaans with the aim of achieving nothing less than first place. Photo: Anthony Grote

With no experience in events like these, Beers said he’d prepared as best he could mentally by embracing the hours on the indoor trainer forced on him by the poor weather in Cape Town.

“That is quite a good simulation of ultra-distance because you have to sit there, mind-numbingly pedalling away just staring out the window.”

Taking solace in Hammond’s experience, the 23-year-old said he couldn’t help but feel a little concerned that he may in some way disappoint his teammate.

“I’m worried that I’ll let him down because I’m not suited to it but that’s more a mental thing on my side that I need to stop.

“He’s talked me through so much in terms of what to expect and how he tackles it. He’s got quite a good formula so basically when Tim does anything, I do the same.

“I said to him ‘When you drink I’ll drink, when you eat I eat and when you stop I’ll stop’.”

Not one to settle for second best, Beers said he was eyeing a top result and a new record if weather permitted.

“Personally I don’t want to ride 230km to come second. That would be a bit of a bummer. The goal is to win.”

Beers said it was the challenging nature of the single-stage event that drew him as he found marathon events could become somewhat “stale”.

“You do a race, bleed through your eyeballs and then it’s done.

“This is completely different and it pushes you into a new aspect of riding and I like that.

“While my career is where it is I want to do as much as I can; I don’t want to have regrets.” 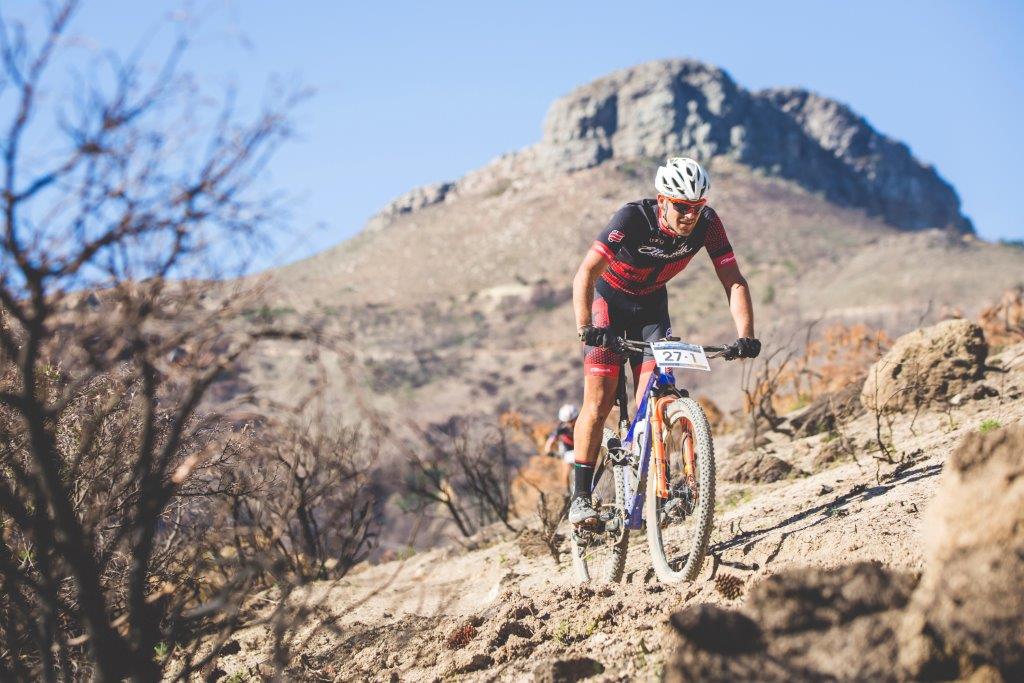 Last year’s runner-up, Pieter Seyffert, was of the same thought process and said this event was one that pushed riders to the limit.

Partnered with Hanco Kachelhoffer and Armand Swanepoel, he said the decision to include a third rider was a high-risk, high-reward gamble.

“It can be an advantage or disadvantage,” he said.

“Having a third man means more things can go wrong but it also means we’ve got an extra rider that could sit on the front to pull us along flat, open sections if we’re not with a group.”

He said the trio would be looking to use their combined experience to compensate for their form.

“Maybe fitness wise we’ll be half an hour slower but experience can make up for that time.”